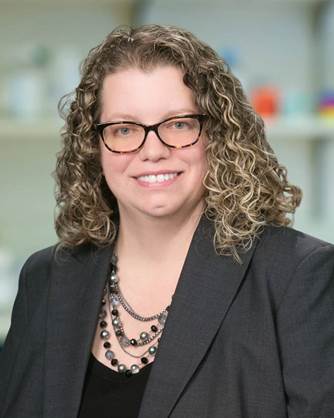 Cynthia Turcotte, PhD, is VP of Applications at IsoPlexis. She directs the IsoPlexis Applications team, which provides biological support to the entire company. This includes running external collaborative experiments and pilot demonstrations, testing and validating new protocols, as well support for Innovations and R&D. She is responsible for resource management, project scheduling and delivery, training and competency, and maintaining the lab quality program.  Cynthia has over 15 years of experience in operational laboratory and program management.

Q: WHAT FACTORS CONTRIBUTE TO THE DEVELOPMENT OF DRUG RESISTANCE IN CANCER?

A: Drug resistance in cancer can occur when cells undergo functional adaptations leading to resistance to therapy. Resistance may be driven by mechanisms such as new mutations, functional pathway alterations, or histological changes. While drug resistance in cancers is definitely a major therapeutic hurdle, there are tools that researchers can use to develop effective combination therapies by identifying mechanisms of drug resistance before it occurs. Because functional or proteomic changes to the signaling network activity of cells are occurring quite rapidly in a rare subset of cells, some of the functional changes that drive resistance go unchecked by genomic methods. Uncovering the functional heterogeneity and the proteomic drivers behind these adaptations is made possible using single-cell proteomics.

Q: HOW DOES ANALYZING TUMORS AT THE SINGLE-CELL LEVEL HELP US UNDERSTAND THIS TUMOR HETEROGENEITY?

A: When analyzing tumors on a single cell level, researchers can see what phosphoprotein signaling networks are activated in each individual cell, reflecting cellular function. Of the existing strategies used to mitigate the risk of drug resistance, including early detection of cancer and regular therapeutic monitoring, IsoPlexis’ functional single-cell proteomics is the only technology that identifies highly multiplexed phosphoproteomic signaling networks of individual cancer cells.

A: Our intracellular proteome solution analyzes the signaling network via phosphoproteins and adaptive resistance pathways. This includes targeting up to 1,500 single cells per chip, and we're looking at more than 15 analytes per cell, so phosphoprotein intensity is measured to enable insights into the intracellular pathways, disease progression, and mechanisms of therapy resistance. The sensitive analysis of these cellular communication events and pathways fills the gaps left when running bulk cell assays and other traditional methods, like flow assays, alone. What’s unique about our single-cell phosphoproteomics technology is that it allows researchers to have a full picture of how the cells are functioning, as well as multiple pathway networks.

Q: YOU MENTIONED THAT THE CHIP CAN PROVIDE DATA ON UP TO 1,500 CELLS FOR 15 DIFFERENT ANALYTES. HOW IS THAT INFORMATION INTEGRATED INTO SOMETHING CLINICALLY USEFUL?

A: What's exciting about these single-cell chips is that when we identified which phosphorylated proteins to include on the chip, we did a lot of research to determine where the phosphorylation was most important to researchers. A researcher can interrogate more pathways than the ones they have directly chosen to target, this reveals more layers of data and insights compared to just looking at those individual pathways alone. Our IsoSpeak software automates all of this pathway analysis and provides advanced visualizations as publishable figures.

IsoSpeak eliminates the complexity of analyzing this type of data. It's as easy as selecting analytes and looking at the graph. It's definitely customizable and very easy to learn. I come from a sequencing background and know that labs who do sequencing will use many bioinformaticians to analyze the data, but you don't need that here.

Q: HOW HAS THIS INFORMATION CONTRIBUTED TO THE DEVELOPMENT OF COMBINATION THERAPIES TO TREAT DRUG-RESISTANT CELL STATES?

A: To give an example, our technology was used in a study that was published in Nature Communications in 2020, where the researchers analyzed the transition of melanoma cells that were treated with a BRAF inhibitor from drug-responsive to drug-resistant states. They characterized the phosphoproteins, as well as metabolites, of the single cells by measuring oncogenic signaling, cell proliferation, and metabolic activity. Using our single-cell phosphoproteomics technology, the researchers were able to identify two distinct mutant melanoma cell populations that took two different paths toward resistance. With this information, drug susceptibilities for each pathway were identified, enabling the development of an effective combination therapy to combat the drug-resistant cell state.

In another study, published in Cancer Cell, that looked at resistance in glioblastoma multiforme, or GBM, the researchers looked at the phosphoprotein levels and the protein–protein interactions to identify the functional adaptations toward individual targeted therapies. Our technology predicted the changes to the signaling network of several monotherapies and ultimately predicted that a specific combination of therapies targeting each node were most effective at suppressing tumor growth. By revealing unique functional trajectories to drug tolerance in small subsets of cells, the results furthered our understanding of the mechanisms driving GBM cell states and how they can be treated.

Q: WHAT ARE THE ADVANTAGES OF SINGLE-CELL PHOSPHOPROTEOMICS OVER GENOMIC ANALYSIS WHEN IT COMES TO DRUG RESISTANCE?

A: Going back to the GBM example, genomic analysis revealed that there was a core set of GBM mutations that reside along the druggable pathways. But it's been found that drugs targeted to those pathways have only marginally improved patient outcomes with almost universal and rapid development of drug resistance. With genomic analysis, specific interactions are difficult to identify due to the functional proteomic adaptations. Our single-cell phosphoproteomics technology is the only available method that can provide a comprehensive picture of tumor signaling and phosphorylation events that define the signaling pathways directly from each cell.

Q: HOW CAN ISOPLEXIS’ SINGLE-CELL PHOSPHOPROTEOMICS TECHNOLOGY BE USED IN A REAL-WORLD CLINICAL SETTING?

A: In a study using our single-cell technology, alterations in the protein signaling coordination were resolved as early as two and a half days post-treatment in a patient-derived in vivo GBM model of mTOR kinase inhibitor resistance, and our platform was able to predict drug resistance before it manifested clinically. So, in that respect, we're able to catch it much quicker. And by looking at the different responses and signaling coordination, researchers showed that the drug resistance can occur as an adaptive mechanism that's activated within days of administering the treatment. So, our single-cell analytic approach provides actionable insights into designing combination therapies.

Functional Immune Landscaping in Cancer Research and Beyond