The gap in the immunologist toolkit

When it comes to developing immunotherapies, having a human cell map can make all the difference in designing and advancing these therapies. However, obtaining the necessary information requires identifying and characterizing functional cells. Existing technologies that scientists use every day to characterize cells (flow cytometry and RNA-Seq) do not provide a complete cellular picture.

Because RNA-Seq is used to look at the inside of the cell, and flow cytometry is used to take a look at the cell surface or blocked proteins inside the cell, there is a gap in identifying how each cell is functioning extracellularly. IsoPlexis’ functional single-cell proteomics platform fills this gap by characterizing the extracellular function of the cell, providing a complete picture of how each cell is functioning in an immune-correlative manner.

The impact of functional profiling

The purpose of understanding a deeper functional definition of established cell subsets is to reveal the functional drivers that correlate to patient response or disease progression. Cell subsets defined by surface markers are considered phenotypically similar, however, there is functional heterogeneity that is masked by conventional technologies. These differences in cellular function define the biological drivers of response or disease progression. 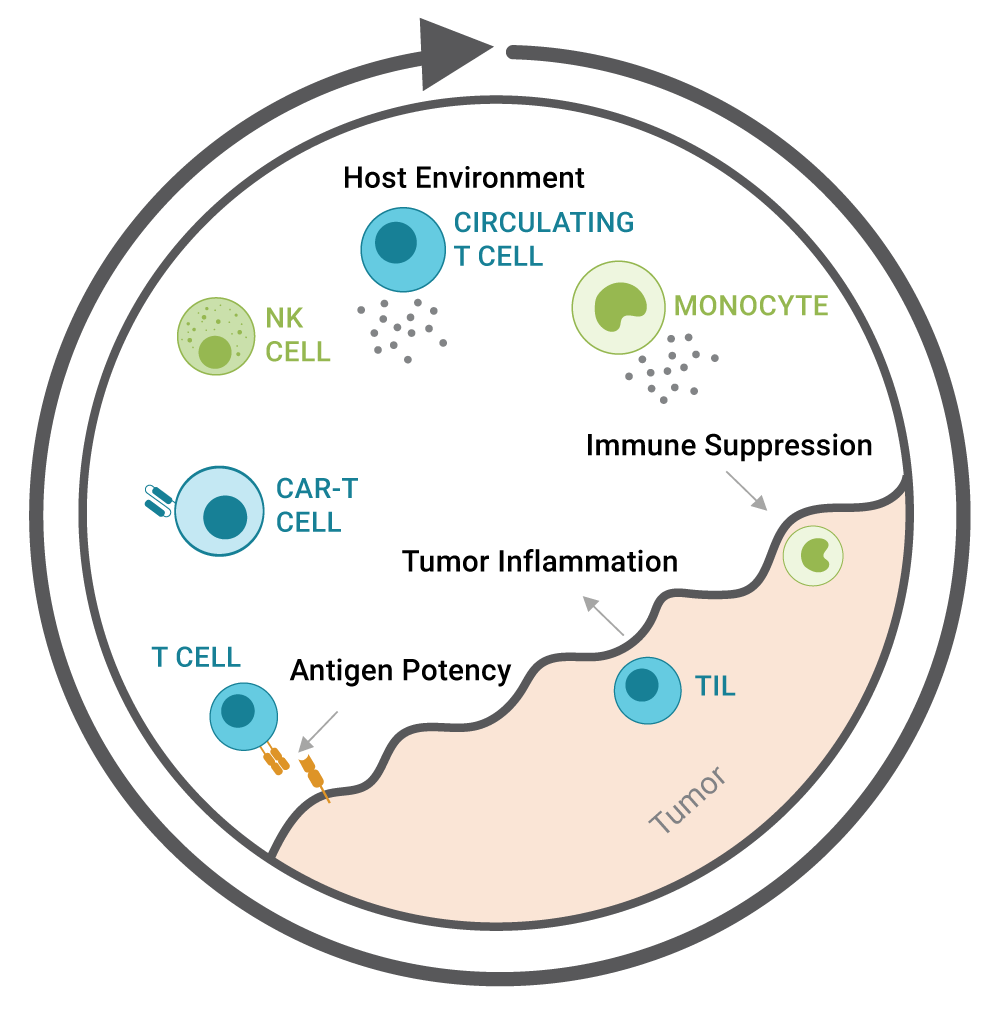 While you might know what the “surface phenotype” of the cell is, it is the “functional phenotype” that is contributing to the work each immune cell is performing against the tumor. IsoPlexis’ functional single-cell proteomics can accelerate the development of therapies by uncovering the rare subsets of polyfunctional cells with a wider range of proteomic functions.

Essentially, this technology can identify heterogeneity in phenotypically identical cells and measure the specific cytokines each cell secretes. This has been demonstrated in various studies in cancer immunology, cell and gene therapy, inflammation and neurology, infectious diseases, and vaccines with T cells, monocytes, CAR-T, TCR-T, NK cells, and more.

Some of the recent cases where IsoPlexis’ technology has helped researchers discover new cell types have been published in Blood and Blood Cancer Journal. Interestingly, they identified CD4 cell types that secrete multiple cytokines that are not conventionally seen as functions in CD4 cells defined by surface phenotyping.

These rare highly polyfunctional cells have been highly correlated to patient response in various studies. The IsoPlexis functional single-cell proteomics platform is the only technology that can uncover layer of data.

Rossi et al. published an article in Blood noting the discovery of polyfunctional subsets in the pre-infusion CAR-T product that significantly correlated with clinical response. CD4+/CD8+ T cells and a relatively similar number of naive cell phenotypes were defined by flow cytometry, but it was the functional differences in particular that correlated to patient response.

However, a Blood Cancer study published by Chen et al. at the Mayo Clinic is a unique case. Here, the researchers looked at how unique cell types affect the above immune responses.

The researchers discovered monocyte cell types that play a very critical role in immune function but in a way that is not beneficial to patient outcome. These uniquely functional monocytes suppress T cell function, leading to poor prognosis in patients. These subsets possess different characteristics in cytokine profiles, phagocytosis properties, and regulating T cell function. IsoPlexis’ single-cell IsoCode technology was then used to functionally profile these identified subsets.

The researchers discovered that the CD14+SIRPαhi subset produced a significantly higher number of polyfunctional cells than the other two subsets. The CD14+SIRPαhi subset also secreted a high percentage of IL-10, a regulatory, anti-inflammatory cytokine, which plays a vital role in limiting the immune response to pathogens, preventing damage to the host. However, this subset was found to express common Mo/MΦ markers and suppress T cell function, which correlated with poor prognosis in patients with follicular lymphoma.

Evidence of Neuroinflammation in CSF of a COVID-19 Patient