Use of molecular biology techniques to detect specific DNA or RNA biomarkers has had a huge impact on the diagnosis of infectious diseases. Methods like Polymerase Chain Reaction (PCR) can identify viruses, bacteria, protozoa, fungi, and parasites, as well as drug-resistance genes, giving clinicians the ability to target treatment and patients the satisfaction of a definitive diagnosis.

The FDA has passed a variety of multiplex molecular diagnostic panels for respiratory, gastrointestinal, central nervous system, blood, and vaginal infections, which are capable of diagnosing multiple pathogens in one clinical sample. Also known as "syndromic panels," they can overcome the difficulty of choosing individual molecular tests. A single test for one syndrome provides a specific diagnosis, usually within four hours.

The panels, which are much less complex and time-consuming than conventional methods, automate nucleic acid extraction, amplification, and detection using microfluidic technology and specialized analyzers. This article examines a few of the largest panels and discusses the advantages, limitations, and current use of these tests in the clinical setting.

Symptoms of respiratory infections are often so similar that distinguishing between them is difficult and time-consuming. An estimated 500 million respiratory infections, other than influenza, occur in the US annually. Twelve multiplex RP panels are currently available for clinical diagnosis. 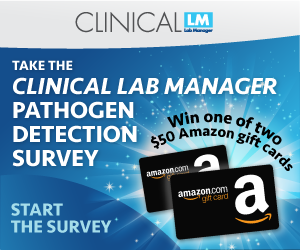 GenMark’s ePlex RP Panel detects 20 viral and four bacterial pathogens, has a turn-around-time (TAT) of two hours, and a 97.4 percent agreement with individual (monoplex) PCRs. The BioFire FilmArray RP2 panel can detect 17 viral and four bacterial pathogens in one hour. In a study of children with respiratory symptoms, FilmArray RP panels had a 94 percent agreement with monoplex PCR assays, plus the ability to detect many more pathogens.

Multiplex RP panels cost around $16 USD more than direct fluorescent-antibody tests. However, a study taking hospitalization factors into account (such as length of stay and treatment) suggests the RP panels are less costly overall for pediatric patients.

Infectious diarrhea, though often self-limiting, can cause serious morbidity and death. Six GI panels are available in the US. BioFire’s FilmArray GI panel targets 22 bacterial, viral, or parasitic pathogens with a TAT of one hour, while the Luminex xTag GPP diagnoses 14 pathogens in five hours. A 2018 study demonstrated the BioFire GI panel’s ability to detect pathogens in 35 percent of acute diarrhea specimens, compared with six percent via stool culture.

Sepsis is one of the most expensive conditions covered by US Medicare. The CDC estimates that one in three hospital deaths are due to sepsis, and the rate of occurrence is rising. Rapid treatment saves lives—every hour of delay carries an extra four percent risk of mortality— but the over-use of broad-spectrum antibiotics leads to resistance; therefore, fast and specific diagnosis is vital.

Multiplex molecular panels provide high sensitivity (few false negatives) and specificity (few false positives) for multiple pathogens in one test. But contamination is almost impossible to prevent. When highly sensitive assays are used, contamination may lead to false-positive results. Some microbiologists also question the value of identifying multiple species when their pathogenicity is ambiguous i.e. some bacteria exist as normal gut flora, only becoming pathogenic under certain circumstances.

Studies show that panels are less sensitive and specific than monoplex PCR tests for some pathogens. Bordetella bronchiseptica infections have flagged false positive for B. pertussis on the FilmArray RP, leading to inappropriate treatment. A study comparing the FilmArray BCIP with phenotypic assays reported false-positive results in 46 percent of blood cultures with more than one microbial species.

The complexity of some panels means that clinicians may require training to understand the test’s capabilities and interpret results. The positive and negative predictive values (PPV and NPV)—which clinicians use to determine if they can trust a positive or negative diagnosis—become complicated when using multiplex panels. Panels with a high NPV (indicating a high probability that a negative diagnosis is true) for one or more pathogens may have a low overall syndromic NPV if some of the common agents of the syndrome are missing from the panel.

When to use multiplex molecular panels for infectious disease diagnosis is a matter of some debate. Some laboratories offer panels for clinicians to choose using good diagnostic stewardship, while others restrict their use to specific cases, such as immunocompromised patients. Clinicians should consider whether the panel is right for the patient and clinical setting, and whether the outcome is likely to affect the choice of treatment.

Paul Schreckenberger, director of clinical microbiology at Loyola University Medical Center, Illinois, believes the overall cost of respiratory illness, its misdiagnosis, and misuse of antibiotics justifies the additional cost of syndromic panels. The center offers doctors a choice of a respiratory pathogen panel or a smaller influenza PCR assay.

Alex McAdam, director of the infectious diseases diagnostic laboratory at Boston's Children Hospital, Massachusetts, argues that in most cases “it is wasteful of institutional resources to use an expensive panel that detects more than 20 pathogens and report only a few of them." Instead, he advocates testing for the most common pathogens first to minimize costs.