Antimalarial treatments have been in the news lately, not necessarily for treating malaria, but rather as experimental treatments for COVID-19.

But malaria deserves attention. A neglected tropical disease endemic in many parts of the world, malaria affects over 80 countries with approximately 228 million cases and 405,000 deaths worldwide in 2018, according to the World Health Organization (WHO).

So far, efforts to develop a highly effective malaria vaccine have fallen short due to the parasite’s complex life cycle.

Some 50 years of development has yet to result in a commercially licensed vaccine. Only one has moved beyond phase 3 clinical trials to a pilot study—a recombinant protein vaccine called RTS,S, which prevents 30 percent of severe infections.

Current efforts to prevent malaria include pesticides and mosquito nets, as well as antimalarial drugs, though drug and pesticide resistance are both on the rise. Only 31 countries achieved the 2020 WHO milestones to reduce malaria incidence and mortality rates as outlined in the WHO’s Global technical strategy for malaria 2016–2030. As it stands, the world is not on track to reach the 2030 milestone of having a commercially available vaccine with at least 75 percent efficacy, which means hundreds of thousands of lives remain at risk. 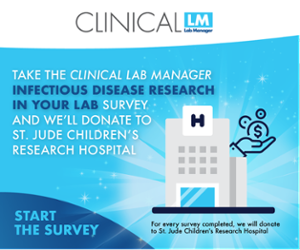 Malaria is transmitted to humans by mosquitoes, which inject infectious Plasmodium spp. sporozoites into the bloodstream. Within minutes, the sporozoites travel to the liver, where they multiply and emerge as merozoites that infect red blood cells and continue to grow until the red blood cells burst. This releases gametocytes into the blood, which can infect other mosquitoes, continuing the cycle of infection. The parasite expresses different antigens as it moves quickly through the different stages, making it difficult for the immune system to target the parasite.

Most malaria vaccines developed to date target a specific stage of the life cycle. Vaccines that target sporozoites have had some success in early clinical trials, but RTS,S is the only vaccine that has progressed to phase 3 trials.

A pilot study of RTS,S

After 30 years in development, RTS,S was approved in 2019 for a pilot study in Malawi, Kenya, and Ghana to evaluate potential adverse effects previously linked to the vaccine (e.g. meningitis) and to determine the best dose schedule. There is some debate about whether, after the initial three doses, a fourth booster shot leads to better protection. But either way, protection from RTS,S only lasts a few years.

Therefore, researchers have been searching for other ways to create highly immunogenic vaccines, including geneticmanipulation.

A new approach to whole-parasite vaccines

The trials follow the whole-parasite approach to vaccination, using live-attenuated parasites that are weakened to prevent the parasites from infecting red blood cells, giving the body time to build up an immune response without fear of clinical infection.

Developed by US biotech company Sanaria, PfSPZ-GA1 is the first injectable genetically attenuated vaccine to be evaluated in a double-blind phase 1/2a trial. PfSPZ-GA1 uses live sporozoites that lack two genes essential to the liver stage of development. As a result, the transgenic parasites can infect the liver, producing an immune response, but cannot develop into merozoites, preventing clinical illness. The results of the trial indicate that PfSPZ-GA1 is safe and produces an immune response.

The trial also compared PfSPZ-GA1 to PfSPZ, Sanaria’s initial version of a whole-sporozoite vaccine, which was radiation-attenuated. Early results showed that PfSPZ could produce a high level of protection, but later results from threephase 1 trials were not able to replicate the high levels of protection.

Although the authors of the most recent PfSPZ-GA1 trial were not able to conclude whether PfSPZ-GA1 provided more protection than PfSPZ, the data gives precedent for the potential of injectable genetically-attenuated malaria vaccines to generate protection against infection.

PbVac: A cross-species approach to vaccination

Isaie Reuling and colleagues have also recently published results from a phase 1/2a trial of PbVac, a genetically modified nonhuman Plasmodium parasite vaccine. As its name suggests, PbVac is based on a cross-species approach to vaccination using rodent Plasmodium berghei (Pb), which is nonpathogenic to humans.

The author’s cross-species approach is based on the work of Sir Edward Jenner, who used cowpox virus to vaccinate against smallpox in 1798, as well as evidence that exposure to other species of Plasmodium, such as P. malariae, can reduce the extent of subsequent Pf infections. Moreover, because Pb can infect the liver but not red blood cells, it can be used to induce immunity against pathogenic Plasmodium spp. while remaining safe to humans.

In the case of PbVac, researchers went a step further and produced transgenic Pb sporozoites that express PfCSP, the main antigen on Pf sporozoites. PbVac was delivered to each participant through 300 infectious mosquito bites, producing an anti-PfCSP immune response and a 95% reduction in the number of Pf sporozoites in the liver after controlled Pf infection. As anticipated, none of the participants developed blood-stage infections, demonstrating that PbVac is safe. The authors go on to suggest that PbVac has the potential to safely express several malaria antigens from different stages of the life cycle or even different Plasmodium species, further establishing PbVac as a promising tool for vaccine development.

In addition to providing a high level of protection, a viable malaria vaccine must be affordable and needs to follow a simple inoculation schedule appropriate for large scale vaccination programs, namely the Expanded Programme on Immunization (EPI). Currently, EPI stores and transports vaccines at 4ºC, but live-attenuated vaccines such as PfSPZ-GA1 must be cryopreserved using liquid nitrogen to remain viable and capable of producing an immune response, presenting a barrier to mass distribution.

Though developing a malaria vaccine is an immense challenge, recent trial results indicate that genetically engineered vaccines are safe and capable of eliciting an antimalarial immune response that is somewhat protective against malarial infection, an encouraging step toward reaching the WHO’s 2030 goals for an effective vaccine.