The ongoing COVID-19 pandemic has underscored the crucial nature of effective diagnostic testing in controlling the viral outbreak of SARS-CoV-2. In an unprecedented display of public–private partnership, several SARS-CoV-2 diagnostic tests were launched within a short time span. However, SARS-CoV-2 continues to mutate, creating new strains and variants of the virus with altered virulence and pathogenicity.

The spread of a new variant also poses new challenges for available vaccines and diagnostic tests.

The CDC currently lists two variants of concern (VOC): Delta and Omicron. These variants have mutations in the spike (S) protein, which is required for the virus to bind to host cells and is used as a target in the majority of diagnostic tests. These mutations can impact diagnosis by causing a gene “dropout” if they occur in the genomic region of interest targeted by a PCR test. A prominent example is the S gene dropout observed in the ThermoFisher TaqPath COVID-19 assay for the Alpha and Omicron variants. Moreover, all the major vaccines against SARS-CoV-2 target the S protein to generate host antibodies to neutralize the virus.

Identifying and successfully detecting novel variants is not only important to prepare for the next stage of the pandemic, but also helps revise and modify diagnostic techniques and vaccines, as well as guide treatment options and non-pharmaceutical interventions.

What are the different types of COVID-19 tests?

While the long-term efficacy of COVID-19 vaccines is not yet clear, as infection rates rise due to the Omicron variant, reliable diagnostic testing for COVID-19 remains crucial to combating this deadly disease.

The most common diagnostic tools being used to test for the virus are molecular tests and antigen tests. While molecular tests focus on detecting the viral genes, antigens tests detect viral proteins.

Some of the earliest SARS-CoV-2 diagnostic tests developed were based on the amplification of target regions of the virus’s genome. RT-PCR (real-time reverse transcription–polymerase chain reaction) tests remain the gold standard technique to detect viral nucleic acid from a patient’s respiratory specimen. PCR-based diagnostic tests for SARS-CoV-2 are preferred due to their high sensitivity, specificity, efficiency, and accuracy rate.

The S gene has been targeted by several commercially available and lab-developed RT-PCR assays, but mutations in the virus’s sequence can have a negative impact on the detection. However, PCR-based single nucleotide polymorphism (SNP) assays can quickly detect changes in the virus’s genetic sequence and differentiate between variants circulating in the population.

The nucleotide sequence of an organism’s genome is currently the finest level of mapping data that can be obtained. An advantage of using next-generation sequencing (NGS) is that prior knowledge of the pathogen is not required, making this approach unbiased. Since its development, NGS has quickly become researchers’ preferred method for analyzing and screening new viral strains, mutations, and pathogens.

Currently, NGS is playing a critical role in identifying emerging, as well as detecting predominant, SARS-CoV-2 variants. NGS has not been much explored as a robust diagnostic tool. This may be because the technique requires highly specialized sample preparation and operational skills. In addition, the turnaround time (ranging from one to five days) and expenses associated with NGS platforms have made it less desirable.

The requirement of specialized staff and equipment for PCR and NGS renders them both time and cost intensive. This has led to the popularity of point-of-care (POC) tests, which can provide a cheaper and faster alternative.

POC tests have demonstrated their importance in mobile testing clinics due to ease of portability and rapid result generation, especially for underprivileged and remote populations that do not have access to specialized and costly diagnostics facilities. POC tests have further gained popularity in the ongoing pandemic due to a constant need for contact tracing and testing to reduce transmission. 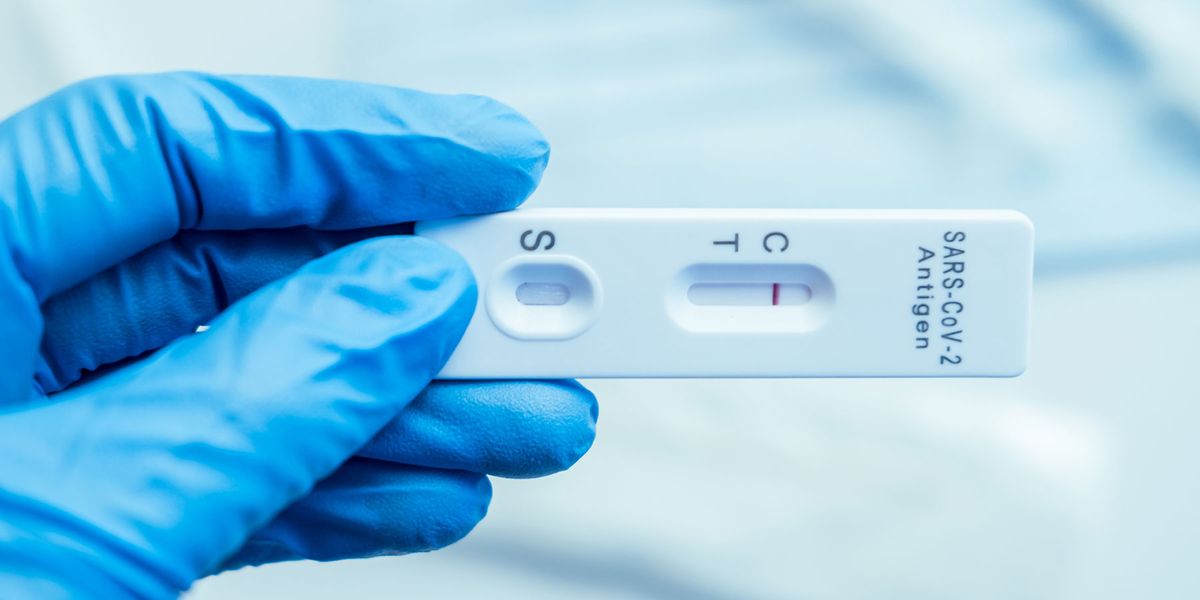 There are three main types of POC tests: serology, antigen, and molecular.

Serology-based POC tests detect the presence of antibodies against SARS-CoV-2 in a patient’s blood. However, these antibodies are usually only generated at a detectable level a few days after the initial infection, making them unreliable for detecting active infections—especially during the early stages.

In addition, the increasing vaccination status of the US population has rendered antibody-based tests ineffective as a diagnostic tool; however, these tests continue to play an important role in epidemiological studies where the level of antibodies against the virus need to be measured.

Antigen POC tests detect the presence of SARS-CoV-2 antigens (e.g., N protein and S protein) in a variety of respiratory specimens. Antigen tests are only effective during the onset of viral infection.

Molecular POC diagnostic assays, which are PCR based, can detect active SARS-CoV-2 infection from nasopharyngeal, throat, and saliva samples.

Why is detecting SARS-CoV-2 variants important?

To understand the need to identify novel variants of a viral pathogen, consider these two separate but related perspectives: As a public health measure, it is important to identify the viral strains circulating in the population to track the progression of an outbreak at regional and national levels and identify how a pathogen and its associated disease is changing with time. This broad level of data collection and analysis is crucial for future epidemic and pandemic preparedness. At the clinical level, with respect to patient care decisions, it is important to assess the variants’ impact on disease severity and vaccine efficacy.

What impact does the Omicron variant have on testing?

Two years into the pandemic, the appearance of the Omicron variant has created new challenges for public health initiatives. Omicron has been reported to be more transmissible than the Delta variant. Within a month of being declared a VOC by the World Health Organization in November 2021, Omicron was reported in more than 70 countries. Currently, Omicron accounts for more than 95 percent of detected SARS-CoV-2 infections in the US.

In December 2021, a Hong Kong-based study showed that the Omicron variant multiplies 70 times faster than Delta, resulting in higher transmissibility; however, the infections were less severe.

"Discerning between Delta and Omicron becomes important when deciding on the most effective treatment available to a patient."

A matter of ongoing concern is that unlike previous variants, Omicron has a higher propensity of immune escape, displaying lower susceptibility to neutralizing antibodies produced through natural immunity or vaccination. This has led to a higher risk of infection and reinfection, including in the vaccinated population (also known as a breakthrough infection).

The Omicron variant also limits the available treatment options: Most monoclonal antibodies, which target the S protein, used as therapeutic agents to treat COVID-19 have been reported to be less effective against Omicron.

In light of these findings, discerning between Delta and Omicron becomes important when deciding on the most effective treatment available to a patient. In addition, a faster spreading variant with a demonstrated degree of immune escape poses greater challenges to the global public health efforts underway for controlling the pandemic.

The future of COVID-19 testing

The emergence of the Omicron variant has highlighted the importance of an effective testing strategy for controlling the pandemic. Preliminary studies from Pfizer-BioNTech have demonstrated that a booster dose, in addition to the two-dose regime, of the vaccine effectively neutralizes the Omicron variant, underscoring the necessity for vaccinations and boosters.

Current US federal policy calls for increasing the national testing capacity, including the wider availability of POC and at-home tests. However, as the majority of at-home tests have a lower sensitivity compared to cost-, time-, and labor-intensive PCR- and NGS-based tests, there is an urgent need to develop cheaper PCR assays capable of detecting variants and to make these available to the public.

How Do Rapid Antigen Tests Work?