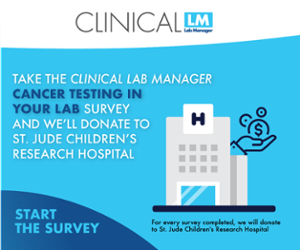 When we think of deadly cancers we think of lung and breast cancer. But pancreatic cancer, although rare, is projected to become the second deadliest cancer in the US by 2030. Part of what makes pancreatic cancer so deadly is a lack of clinical symptoms in its early stages. Most often, by the time patients are diagnosed, the disease is advanced and has already metastasized. Researchers are working on ways to catch the disease before it has spread.

Recent research on the relationship between pancreatic cancer and the microbiome reveals a complex interaction that may promote development of the cancer. Researchers may soon be able to use this relationship to identify patients at risk or in the early stages of the disease.

Scientists are discovering that the microbiome plays a larger role in human disease than previously thought, including in cancers that are not associated with the gastrointestinal tract. In pancreatic cancer, recent work led by Dr. Jacques Izard, a microbiologist at the University of Nebraska, suggests that gut microbes can migrate into the pancreas, potentially contributing to the disease.

Compared to healthy people, pancreatic cancer patients have high levels of certain bacteria that may be involved in gastrointestinal infections and gum disease. In one study, high levels of antibodies for one of the bacteria that cause gum disease (P. gingivalis) were linked to a higher risk of pancreatic cancer. Likewise, a more recent study found that Proteobacteria, which are involved in gastrointestinal infections, made up almost half of the gut microbiome of pancreatic cancer patients compared to only eight percent in normal patients. Thus, results indicate “both the change in proportion of different bacterial populations as well as the predominance of certain species,” says Dr. Izard.

For now, it is unclear whether the development of pancreatic cancer changes patients’ immune systems, shifting the microbiome, or if the microbes themselves are responsible for the cancer. “We still don’t know if it’s a cause or effect in this situation,” says Dr. Scott Kelley, a microbiologist at San Diego State University. “It could be that you have really bad gum disease and the microbes actually get into your blood system and cause an immune response […] or microbes might establish in other places in the body.”

Dr. George Miller, a surgical oncologist at NYU Langone Health, has been studying the pancreas microbiome for a decade and thinks specific bacteria encourage cancer growth by changing the tumor microenvironment, namely, by causing inflammation and suppressing the immune system. “That’s what we see in pancreatic cancer, the cancer subverts the immune system to not only prevent it from fighting the cancer, but also the immune system acts in synergy with the cancer to promote tumor progression.”

But Miller says it is also possible that certain bacteria release factors that promote pancreatic cancer. “If we get rid of the bacteria, the tumor grows slower, and if we transfer specific bacteria that are common in these cancers, the tumors grow faster.”

“We’re not sure,” he says, but “the gut microbiome in patients and animals with pancreas cancer is distinct from normal controls.”

To that end, some studies have examined the salivary microbiome in pancreatic cancer patients. One recent sequencing study showed that the relative abundance of certain types of bacteria could differentiate patients from healthy people.

“People who get pancreatic cancer definitely have a shift in their oral microbiome,” says Dr. Kelley. “[Microbiome profiling] is very attractive in a sense that it’s easy and non-invasive and people are fine with giving up some of their spit.”

But the results from some smaller studies of this rare disease have been somewhat inconsistent in identifying changes in different bacterial populations. Larger prospective studies are needed to evaluate whether the microbiome can be used as an early biomarker to identify who will go on to develop pancreatic cancer. “We need to look at tens of thousands of patients to validate a bacterial signature that puts one at risk for pancreas cancer,” says Dr. Miller.

The tricky part of these large studies will be identifying bacterial signatures associated with different stages of the disease because the microbiome changes over time. “If you want a diagnostic biomarker, you have to know at what stage you took the microbiotic communities,” says Dr. Kelley, “and you need to know what their resting state was […] and see if there is a shift early on that you could potentially detect.”

Using machine learning techniques, data from these large studies can be fed into a single model to identify biomarkers associated with different stages of pancreatic cancer.

Unlike other cancers where immunotherapy has helped improve patient outcomes, the majority of patients with pancreatic cancer do not respond to immunotherapy. This may be due to microbiome-driven immune suppression in pancreatic tumors, which limits infiltration of cancer-killing T cells. It may also be explained by microbes that affect drug metabolism and change a pancreatic cancer patient’s response to treatments, including chemotherapy.

Preclinical research in mice shows that using antibiotics to inhibit bacterial growth in tumors may improve the effectiveness of chemotherapy and immunotherapy in pancreatic cancer. However, the solution may not be to get rid of the entire pancreatic microbiome—the presence of certain bacteria can lead to better survival, and in other cancers, good bacteria help promote a positive response to immunotherapies.

Thus, in an upcoming clinical trial led by oncologist Dr. Deirdre Cohen at NYU Langone Health, in addition to anti-PD-1 immunotherapy, pancreatic cancer patients will receive antibiotics that target bad bacteria in the hope that altering the microbiome will increase immune activation of cancer-killing T cells in the tumor.