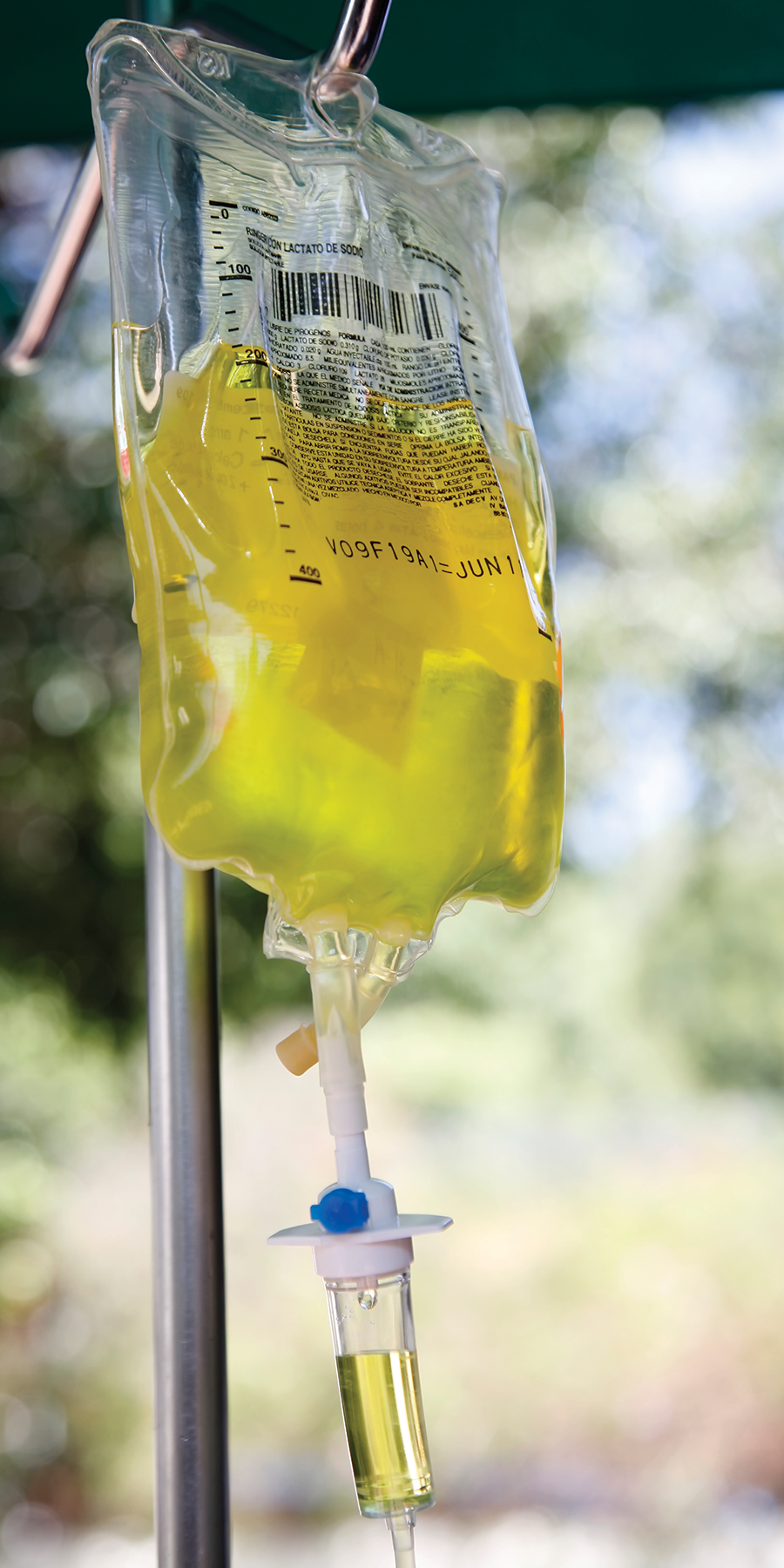 In 2017 a paper was published asserting that intravenous vitamin C given to patients with sepsis was literally a life saver. Despite the study only looking at 47 subjects the results garnered international coverage and was adopted in many ICUs worldwide.

The global burden of sepsis is estimated at up to 19 million cases annually killing 5 million mainly in low income countries. The infection affects 1.7 million Americans a year and kills more than 250,000, making it one of the top 10 causes of death. In Australia more than 5,000 die from sepsis each year and it contributes to up to a half of all hospital deaths.

A paper published Jan. 17 in the Journal of the American Medical Association by Monash University researchers comprehensively quashes the idea that the vitamin C-based cocktail has any positive impact on patients with sepsis.

Sepsis is the body's overreaction to a severe infection, leading to multiple organ failure and, frequently, death.

Over the years, there has been indications that vitamin C might be effective against sepsis. For instance, people with sepsis tend to have surprisingly low levels of vitamin C in their blood. In 2014, Dr. Alpha Fowler published a paper involving just 24 patients, hinting that vitamin C was a benefit. In particular, Fowler noted that a measure of organ failure improved far more in the patients who had received vitamin C.

Dr. Paul Marik at the Eastern Virginia Medical School in the US, after reading the study, gave a seriously ill patient with sepsis high dose intravenous Vitamin C, together with thiamine and steroids (the traditional treatment for sepsis) and the patient recovered. Dr. Marik started using it regularly in his intensive care unit, reporting that the mortality rate for sepsis in his ICU had plummeted after he switched to this treatment.

What became known as the "Marik protocol" has been adopted by many units worldwide.

In today's JAMA publication a study led by professor Rinaldo Bellomo, from Monash University and co-director of the Australian and New Zealand Intensive Care Research Centre (ANZIC-RC), refutes the idea that the combination of high dose intravenous vitamin C, thiamine (vitamin B1) and hydrocortisone is beneficial in the treatment of sepsis.

The study (the VITAMINS trial) was set up by the ANZIC-RC across ten intensive care units in Australia, New Zealand, and Brazil, looking at 216 patients in septic shock between May, 2018 and July, 2019.

The study found no improvement in the duration of support with blood pressure drugs for the treatment of shock or survival of those receiving vitamin C + thiamine + steroid therapy compared to steroid therapy alone.

According to Bellomo, the study provides high quality evidence that, in patients with septic shock, the combination of high dose intravenous vitamin C, thiamine, and hydrocortisone is not superior to usual care with hydrocortisone alone:

"The findings of the VITAMINS trials are clear: in patients with septic shock from Australia, New Zealand, and Brazil there was no signal of benefit with the high dose vitamin C, thiamine, and hydrocortisone cocktail. The search for treatments that might improve the outcome of these very sick patients must now focus on other interventions."

Pharmacogenetic Testing for Warfarin: Is it Worth the Hype?

Pharmacogenetic Testing for Warfarin: Is it Worth the Hype?