Thought Leadership
Top Image:
Dengvaxia® is the first FDA approved dengue vaccine for children between the ages of nine and 16.
iStock, PeopleImages 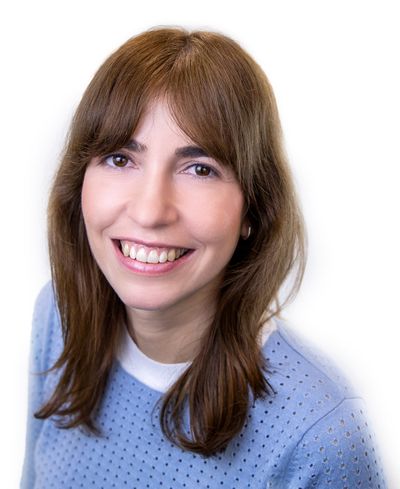 Maite Sabalza, PhD, is the scientific affairs manager at EUROIMMUN US, a PerkinElmer company. She earned her PhD in plant biotechnology and her dissertation work focused on the production of human neutralizing antibodies in plants to prevent HIV infection. Following her PhD, Maite was a postdoctoral researcher at University of California San Diego investigating new treatments to inhibit human cytomegalovirus infection. Then she joined NYU, where she applied her research experience in virology to diagnostics working on the development of new diagnostic assays for emerging viral infections such as Zika and dengue.

Currently, Maite is a member of the scientific affairs team at EUROIMMUN US mainly focused on infectious diseases. Her role is to establish relationships and collaborations with key opinion leaders, supporting the EUROIMMUN team scientifically, as well as contributing to scientific publications in magazines and peer-reviewed journals.

Dengvaxia® is the first FDA approved dengue vaccine for children between the ages of nine and 16 who live in an endemic area and who have had a previous dengue virus (DENV) infection confirmed by a laboratory serological assay. The risk for developing severe dengue in vaccinated children increases when children have not been previously infected with DENV. The main mechanism associated with this is antibody-dependent enhancement (ADE).

ADE occurs in two scenarios: 1) a DENV infected person gets a secondary infection with a different DENV serotype, and 2) a vaccinated person that has not been infected with DENV gets a primary DENV infection.

In the first scenario, antibodies produced after a primary infection bind to a virus particle from a secondary infection with a different DENV serotype. Antibodies from the primary infection do not neutralize the virus instead masking it and allowing it to enter the cells and evade the immune response. In scenario two, the same situation occurs when a vaccinated person becomes infected for the first time. Again, the antibodies produced against the vaccine do not neutralize the virus, but instead help it to infect cells.

Consequently, in both scenarios, there is an increase of viral replication resulting in severe disease. Therefore, screening children before vaccination for previous DENV infection is critical to reduce the risk of developing a severe disease. Pre-vaccination screening to detect IgG antibodies against DENV is recommended to identify eligible vaccine recipients. Only IgG positive children will be vaccinated.

A false positive result due to a ZIKV infection would put children at risk of severe illness if subsequently infected. Recent recommendations from the CDC establish that pre-vaccination IgG screening tests should have no less than 75 percent sensitivity and 98 percent specificity.

DENV is transmitted by infected mosquitoes from the Aedes species. Therefore, dengue can exist anywhere the mosquitoes live, i.e., tropical and subtropical regions. Dengue is endemic in many countries in the Americas, the Caribbean, Central and South America, Africa, the Middle East, Asia, and the Pacific Islands. Asia accounts for approximately 70 percent of the global burden of disease. Furthermore, dengue is spreading to new areas such as France, Croatia, and Portugal. In the US, dengue is endemic in Puerto Rico, the US Virgin Islands, and American Samoa.

In December 2021, the CDC published the recommendations of the Advisory Committee on Immunization Practices (ACIP) for use of the Dengvaxia vaccine in the US. The Puerto Rico Department of Health, in collaboration with the CDC and the Puerto Rico Science, Technology & Research Trust, is implementing the vaccine for children in Puerto Rico. Local labs such as Laboratorio Clínico Toledo, Inno Diagnostics, Immuno Reference Lab, and Laboratorio Villa Ana will perform the laboratory testing to determine eligibility for vaccination following the CDC screening guidelines for Dengvaxia dengue vaccine.