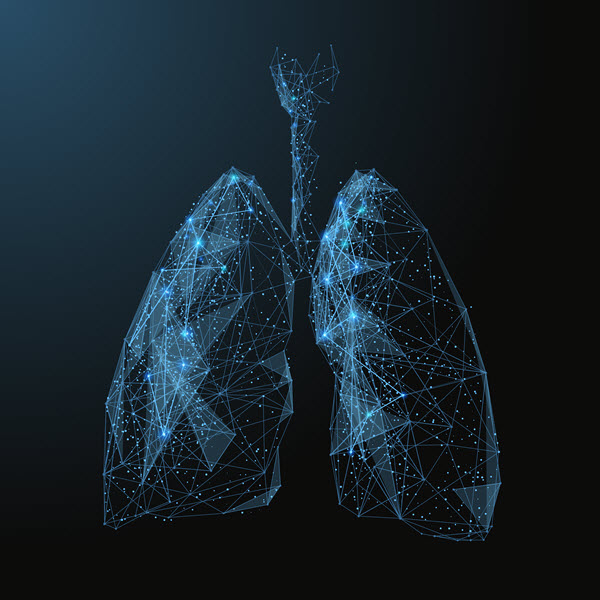 Newswise — Immune checkpoint inhibitors are a type of therapy that uses the immune system to fight cancer. They have been hailed as game changing, garnering a Nobel Prize last year and quickly becoming the standard of care for many tumor types such as melanoma and certain lung and head and neck cancers. But among patients with non-small cell lung cancer (NSCLC) who receive checkpoint inhibitor immunotherapy, recent reports suggest that up to 19 percent may develop a dangerous complication: an inflammation of their lungs, dubbed checkpoint inhibitor pneumonitis (CIP). Now, Johns Hopkins researchers have for the first time studied the immune cells of NSCLC patients who have CIP and discovered what sets them apart from patients who don’t develop CIP. The differences they pinpointed could lead to new ways to identify pneumonitis complications and treat them.

“We were seeing a lot of patients with this particular type of lung inflammation, but we really didn’t know what was going on in terms of the biology of this disease until now,” says Karthik Suresh, MD, assistant professor of medicine at the Johns Hopkins University School of Medicine and co-first author of the study’s paper (along with Jarushka Naidoo, MBBCh, assistant professor of oncology at Johns Hopkins). The paper will be published September 4th, 2019 in The Journal of Clinical Investigation.

An immune checkpoint inhibitor (ICI) works by releasing the molecular brakes on components of the human immune system, coaxing the patient’s immune system to attack cancer cells. But turning up the immune system’s activity can also lead to unwanted side effects when the immune system attacks healthy tissues. With NSCLC, one of the relatively common side effects is CIP. Patients typically develop shortness of breath and a cough, but the illness can progress to be life threatening. Anyone with CIP must stop cancer treatment with immune checkpoint inhibitors, and many are treated with steroids instead. However, some cases don’t respond to steroids, and there is no second-line treatment for CIP that is backed by research.

“There are patients who are seeing great results with checkpoint inhibitors when it comes to their cancer, but if they develop this complication, we have to stop their life-changing treatment,” says Franco D’Alessio, MD, assistant professor of medicine at the Johns Hopkins University School of Medicine and a senior author of the new study. “So figuring out how to treat CIP is of paramount importance to be able to keep patients on track with their cancer treatment.”

In the new work, Suresh, D’Alessio, Naidoo, and their colleagues studied tissue collected from the lungs of 12 NSCLC patients with CIP and six patients being treated with ICIs who hadn’t developed CIP. Patients ranged in age from 55 to 77; 27.8 percent were female and 77.8 percent were Caucasian. Lung cells and surrounding molecules were collected through bronchoalveolar lavage, a procedure in which a small scope is inserted into the airways and fluid is squirted into the lung and then collected.

The team found that patients with CIP had higher levels of memory T cells—a type of pro-inflammatory immune cell—in their lungs than patients without CIP. While on average, memory T cells made up about one percent of the immune cells in patients without CIP, the cells were present at about 11 percent in those with the disease. Moreover, when the researchers analyzed regulatory T cells (Tregs)—a type of anti-inflammatory immune cell that typically keeps inflammatory responses from becoming too excessive—they found that the Tregs had significantly decreased levels of two important proteins: CTLA-4 and PD-1. In general, lower levels of these proteins indicate less active Tregs, the researchers say.

“This explains the exuberant immune response in CIP,” says D’Alessio. “You not only have memory T cells that are awakened and reactive, but you have Tregs not being able to control those angry memory T cells.”

The researchers noted a handful of other variations in the immune profiles of NSCLC patients with and without CIP, all of which help point to new ways to treat the disease. For instance, molecules that recruit lymphocytes—which include memory T cells—to the lungs were present in higher levels in CIP patients, as were proteins that make the memory T cells stick to lung tissue.

“Based on the cell types we found, our study suggests several new pathways that could be investigated as therapeutic targets,” says Suresh. The findings also helped eliminate the use of some treatments—for instance, some doctors had been using drugs called tumor necrosis factor (TNF) alpha inhibitors to try to treat CIP, but the new study did not observe increased levels of TNF alpha in the bronchoalveolar lavage fluid of CIP patients, perhaps explaining why the drugs have been less successful in treating CIP.

The researchers still have questions about why the lung’s immune cells are altered in the first place in CIP patients, and exactly how immune checkpoint inhibitors set off the inflammation. They’re planning follow-up studies to answer basic biology questions about the immune cells involved as well as to test drugs that may work against CIP.

The work was supported in part by the National Institutes of Health (NIH HL132055, HL131812), the Defense Department (DoDW81XWH-16-1-0510) and the Bloomberg~Kimmel Institute for Cancer Immunotherapy.

How Blood Clots May Form in Very Ill COVID-19 Patients

How Blood Clots May Form in Very Ill COVID-19 Patients