Portland—Results of a clinical study conducted by researchers in Manaus, Brazil, show that the Gazelle® Malaria test outperformed Rapid Diagnostic Tests (RDTs) and was nearly as accurate as more expensive and time-consuming expert microscopy in detecting Plasmodium vivax (P. vivax) malaria. The data was published Friday, March 12, 2021, in the Malaria Journal.

The double-blind study was based on 300 participants who sought care from Fundação de Medicina Tropical Doutor Heitor Vieira Dourado (FMT-HVD), located in Manaus, an area in the Western Brazilian Amazon, heavily endemic for P. vivax.

"Because P. vivax is not adequately detected by current tests, the infection is frequently missed, and patients don't receive essential treatment," said Dr. Marcus Lacerda, infectious disease researcher at FMT-HVD and lead investigator for the study.

"This causes recurrent symptoms and contributes to the spread of the disease. These results shows that we're on a path to reduced suffering and faster malaria elimination."

P. vivax is the second most prevalent malaria species infecting humans and is widespread among many countries seeking to eliminate malaria. Although considered less deadly than P. falciparum (the most common species), P. vivax infections can result in serious illness and mortality.

Additionally, P. vivax presents a special challenge for diagnostics due to its typically low levels of parasitemia. Current RDTs miss many P. vivax infections, thus light microscopy, which is time-consuming and requires skilled technicians, is the current best option for many regions of the world. 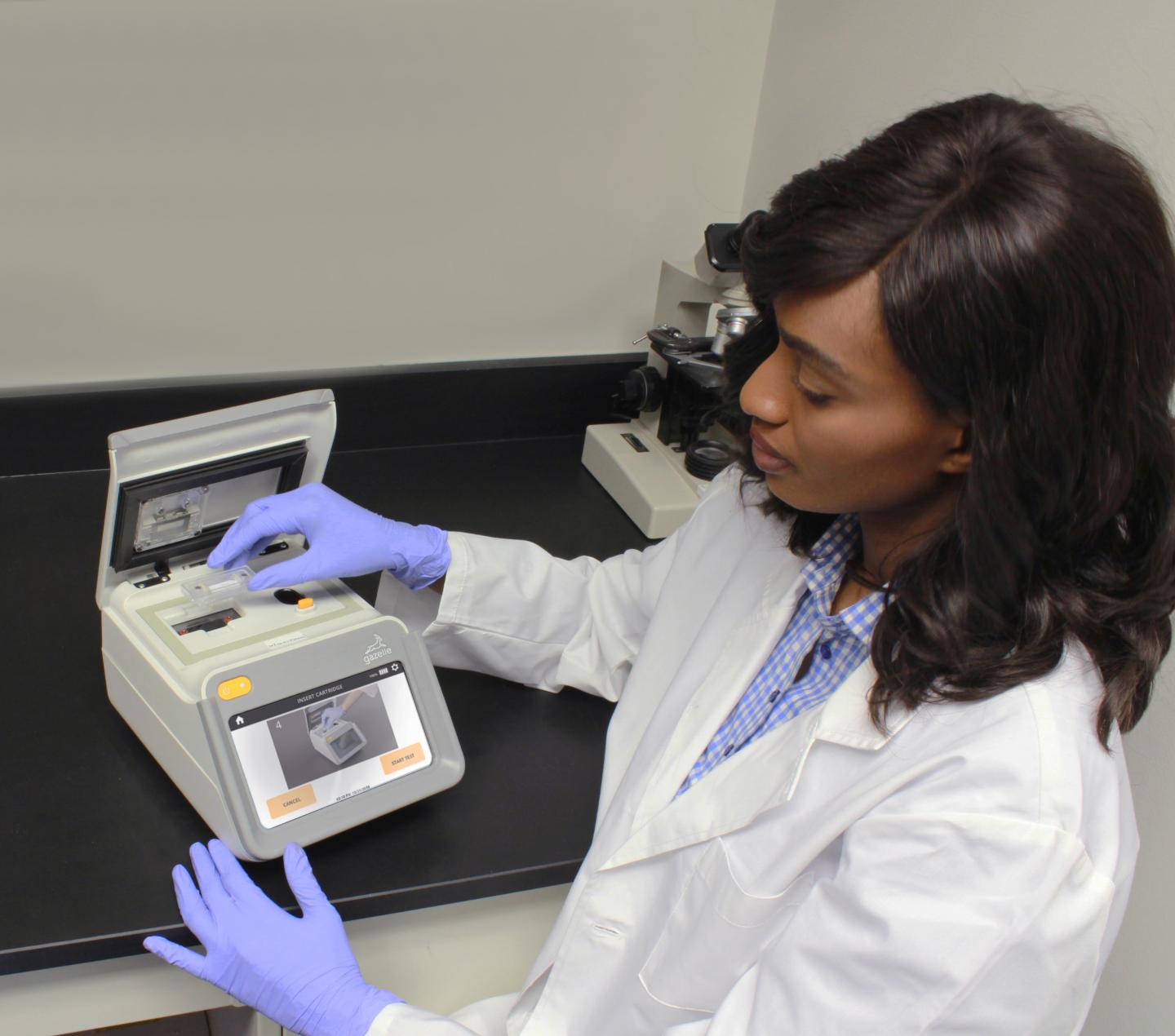 Gazelle is a compact, rugged, battery-operated diagnostic device. Gazelle can be used inexpensively, with no cold chain requirements by entry level healthcare workers in areas with limited access, resources or electricity. Patient information and results are captured digitally for storage, printing, or later transmission. Gazelle is approved for detecting malaria and sickle cell disease in a growing list of countries, and integrates miniaturized versions of trusted technologies, innovative optics, and artificial intelligence. This versatile approach allows the company to continually add diseases to its menu of tests and expand to new users. Gazelle is an accurate and rapid digital platform that can work just about anywhere in the world. With its affordable, compact, and rugged design, and all-day battery power, it delivers powerful, rapid diagnostics to more places without the need for a cold chain-- from remote, low-resource settings, to drive through testing, border crossings, or nursing homes.
Hemex Health

Researchers at FMT-HVD noted that the Gazelle Malaria Test's use of hemozoin, a highly specific biomarker present in all species of malaria, shows promise for detecting low parasitemia P. vivax infections.

When compared to optical microscopy in this study, the sensitivity and specificity of the Gazelle test were 96.2 percent and 100 percent, respectively, whereas for RDTs they were 83.9 percent and 100 percent. This equates to RDTs missing 16 cases of P. vivax infection per 100 people, and Gazelle missing only four.

The researchers also noted that Gazelle's portability, all-day battery operation, and supplies that do not require cold chain, make the device a promising alternative to light microscopy in field conditions.

"This milestone aligns with Hemex's strategy to assist countries with elimination efforts," said Patti White, CEO of Hemex Health. "We fully expect that with Gazelle's affordability, ease-of-use, and ultra-fast results, it can be used successfully for case management, mass and border screenings or during outbreaks."

The company has regulatory approval in a growing number of countries, including India, Kenya, and Ghana, and plans to apply for approval in South America soon.

- This press release was originally provided by Hemex Health