A new study published in the journal Stem Cell Reports by University of Alberta researchers is shedding light on why many COVID-19 patients, even those not in hospital, are suffering from hypoxia—a potentially dangerous condition in which there is decreased oxygenation in the body's tissues. The study also shows why the anti-inflammatory drug dexamethasone has been an effective treatment for those with the virus.

"Low blood-oxygen levels have been a significant problem in COVID-19 patients," said study lead Shokrollah Elahi, associate professor in the Faculty of Medicine & Dentistry. "Because of that, we thought one potential mechanism might be that COVID-19 impacts red blood cell production."

In the study, Elahi and his team examined the blood of 128 patients with COVID-19. The patients included those who were critically ill and admitted to the ICU, those who had moderate symptoms and were admitted to hospital, and those who had a mild version of the disease and only spent a few hours in hospital. The researchers found that, as the disease became more severe, more immature red blood cells flooded into blood circulation, sometimes making up as much as 60 percent of the total cells in the blood. By comparison, immature red blood cells make up less than 1 percent, or none at all, in a healthy individual's blood.

"Immature red blood cells reside in the bone marrow, and we do not normally see them in blood circulation," Elahi explained. "This indicates that the virus is impacting the source of these cells. As a result, and to compensate for the depletion of healthy immature red blood cells, the body is producing significantly more of them in order to provide enough oxygen for the body."

Working in conjunction with the lab of virologist Lorne Tyrrell at the U of A's Li Ka Shing Institute of Virology, the team performed investigative infection testing with immature red blood cells from COVID-19 patients and proved these cells got infected with the SARS-CoV-2 virus. 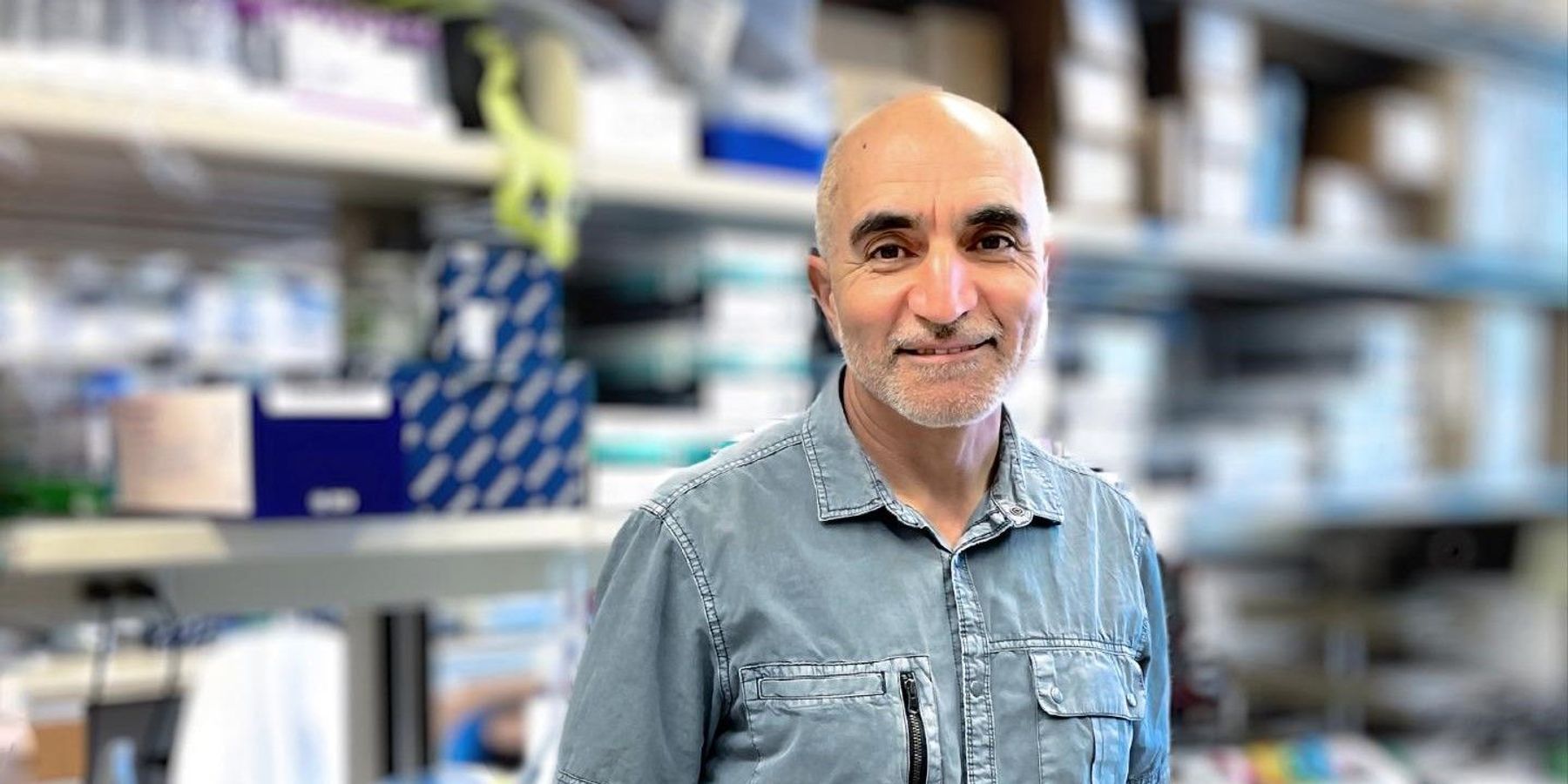 Shokrollah Elahi led new research that sheds light on why many COVID-19 patients have low levels of oxygen in their blood, and why the anti-inflammatory drug dexamethasone works to treat the potentially dangerous condition.
University of Alberta

"We tried the anti-inflammatory drug dexamethasone, which we knew helped to reduce mortality and the duration of the disease in COVID-19 patients, and we found a significant reduction in the infection of immature red blood cells," said Elahi.

"For the past year, dexamethasone has been widely used in COVID-19 treatment, but there wasn't a good understanding as to why or how it worked," Elahi said. "So, we are not repurposing or introducing a new medication; we are providing a mechanism that explains why patients benefit from the drug."

Elahi noted that Wendy Sligl and Mohammed Osman had a crucial role in recruiting COVID-19 patients for the study. The research was supported by Fast Grants, the Canadian Institutes of Health Research, and a grant from the Li Ka Shing Institute of Virology.