DUARTE, CA—Scientists at City of Hope, a world-renowned independent research and treatment center for cancer and diabetes, have developed a novel, noninvasive liquid biopsy test for detecting lymph node metastasis in individuals with high-risk T1 colorectal carcinoma. Research on the development of the blood test was reported in a new study published in Gastroenterology, a journal of the American Gastroenterological Association.

This blood-based test is an example of the theranostic (a term that combines "therapeutic" and "diagnostic") approach at City of Hope, whose goal is to help every patient receive personalized treatment appropriate for their specific disease. Development of blood-based biopsies to detect and monitor tumors is one of the leading-edge technologies under investigation to help patients with cancer. 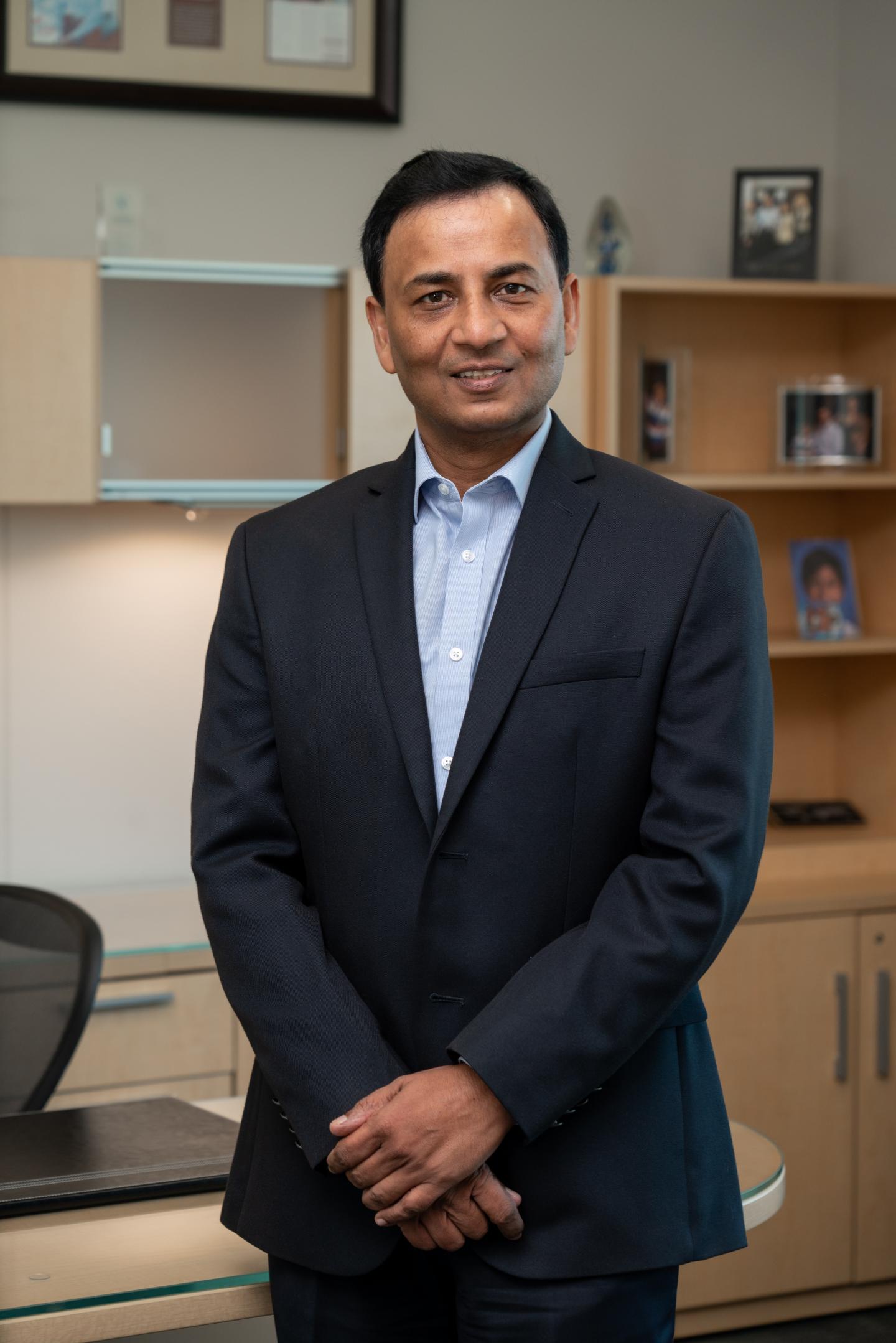 Ajay Goel, Ph.D., M.S., chair of the Department of Molecular Diagnostics and Experimental Therapeutics at City of Hope, and his colleagues developed a novel, noninvasive liquid biopsy test for detecting lymph node metastasis in individuals with high-risk T1 colorectal carcinoma.
City of Hope

"Since radical surgery dramatically reduces quality of life for patients, improving the success rate of identification of high-risk individuals with lymph node metastasis remains the challenge in T1 colorectal cancer diagnosis," said Ajay Goel, PhD, MS, chair of the Department of Molecular Diagnostics and Experimental Therapeutics at City of Hope, and the study's senior author. "In the future, we hope to improve our confidence in identifying which individuals truly have lymph node metastasis via this novel biomarker-based liquid biopsy test for T1 colorectal cancer, in combination with clinical and pathological criteria."

The publication by Goel and colleagues focused on translating their previous findings of identifying lymph node metastasis with T1 colorectal cancer in a tissue-based assay into a blood-based assay. After refining and validating the panel of RNA biomarkers, the blood test was found to accurately identify lymph node metastasis with high sensitivity (83.3 percent; a higher value means fewer cases of disease are missed), and specificity (76.2 percent; a higher value means the test can accurately identify those without disease).

"Obtaining results with more than 80 percent accuracy (sensitivity) in finding lymph node metastasis in the blood was a completely unexpected finding and is a complete game changer," Goel said.

City of Hope researchers are excited about the potential of this new liquid biopsy test to complement current risk assessment for lymph node metastasis for individuals with early stage T1 colorectal cancer. The technology is patent pending.

Goel indicated that further work will be done to optimize the blood-based assay to improve sensitivity and continue to validate the assay in prospective clinical trials. "There are several steps between where we are now and where we want to go—detecting lymph node metastasis in colon cancer from a blood sample—but without doubt this is an encouraging first step."