Gold leaf—gold metal hammered into thin sheets—is used by artists and crafters to gild picture frames, artwork, and clothing. Despite its luxurious appearance, the material is affordable and available at most craft stores. Now, researchers reporting in ACS Central Science have developed gold leaf electrodes that, in combination with a CRISPR-based assay, could sensitively detect human papillomavirus (HPV) DNA in human samples. The method also could be modified to diagnose other viral infections.

Previous research indicates that about 80 percent of new cases of sexually transmitted infections, such as HPV and human immunodeficiency virus (HIV), take place in low-resource settings. In addition, over 90 percent of cervical cancer deaths, which are caused mainly by HPV, occur in these regions, according to the World Health Organization. But people in low-resource settings lack the facilities, trained personnel, and money to conduct common diagnostic tests, including polymerase chain reaction (PCR) or antibody detection. Therefore, Ariel Furst, Catherine Klapperich, and colleagues wanted to develop a simple, affordable point-of-care test. 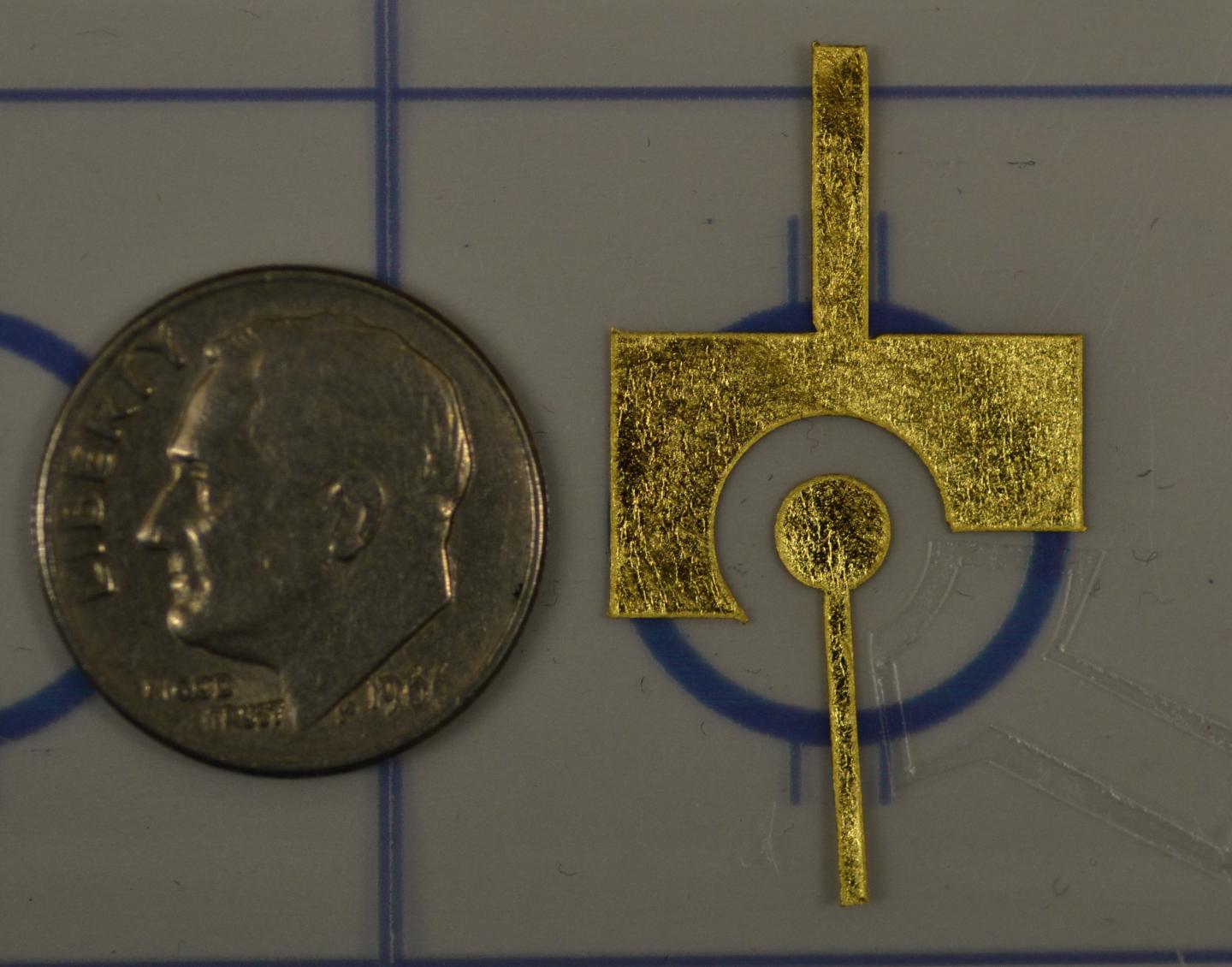 An inexpensive electrode made from gold leaf could be used to help detect viral infections in low-resource settings; a dime (left) is shown for size comparison.
Adapted from ACS Central Science 2021

Using a sheet of 24K gold leaf, an adhesive, a stencil, and a razor blade, the researchers made a three-electrode system that provided a readout in the presence of HPV DNA. On the surface of the electrodes, they attached DNA strands tagged with a dye. Then, they amplified DNA from cervical swab samples with a technique called loop-mediated isothermal amplification, which doesn't require expensive PCR machines. They added the amplified DNA, along with a CRISPR-Cas12a enzyme engineered to recognize an HPV sequence, to the surface of the electrode. In the presence of HPV DNA, Cas12a became activated, causing the enzyme to cut the dye-tagged DNA sequence, which changed the electrochemical signal.

The assay, which costs only about $2.30 total per test (compared with $30–75 for existing tests), accurately detected HPV in cervical swabs from patients. The technology could be adapted to detect any viral infection, including SARS-CoV-2, the researchers say.