Now a team of scientists has created the first atlas of human heart cells, a collection of maps showing nearly half a million heart cells and identifying the role of each in the heart's symphony. The researchers examined six regions in 14 healthy donor hearts, creating a detailed database that provides a new basis of comparison for studying heart disease, the leading cause of death worldwide.

To understand what's going wrong in various forms of heart disease, "first we need to know what is normal," says Howard Hughes Medical Institute investigator Christine Seidman, a cardiovascular geneticist at Harvard University and director of the Cardiovascular Genetics Center at Brigham and Women's Hospital. Seidman and colleagues describe the new heart atlas September 24, 2020, in the journal Nature.

"I can summarize my thoughts in one word: monumental," says cardiologist Douglas Mann of Washington University School of Medicine in St. Louis, who was not involved in the study. "I think it's a really big accomplishment and will be a tremendous source of reference for the field."

Heart cells have proven particularly difficult to study. Unlike some cancer cells and other tissues, there are no heart cells that can be grown indefinitely in the laboratory and studied. Instead, much cardiac research is done using mice, whose hearts have important differences from human hearts.

And healthy human hearts can be hard to find (most are used in transplants). Seidman's team relied on those unusual instances in which healthy hearts were rejected for transplantation and could be frozen for use in research. First, the researchers used a high-throughput sequencing method to define individual characteristics of every heart cell. They then mapped those cells in six regions of 14 human hearts, seven from men and seven from women. "For the first time, we have a zip code for each cell to know what population it belongs to," Seidman says. 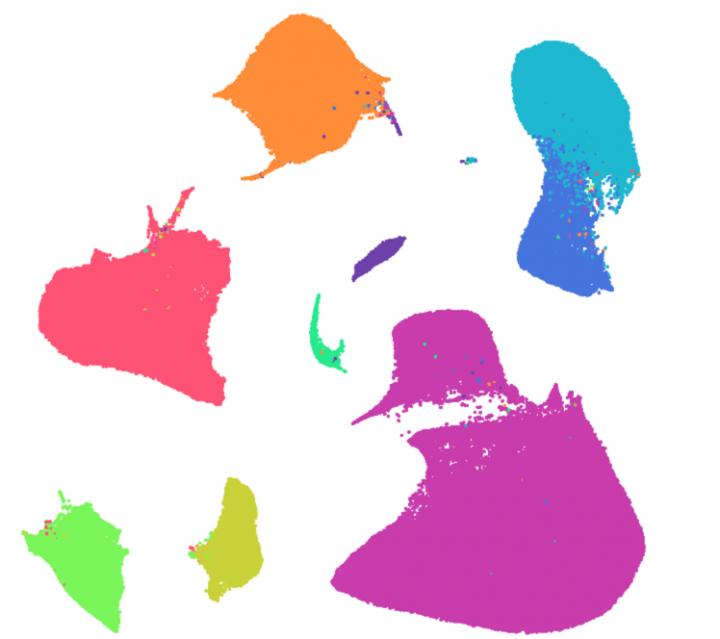 The team also analyzed heart cells' RNA levels using fluorescent markers to glean molecular details of their function. Identifying not only where cells are, but which proteins they're producing, will be a particular boon for research, Mann says. For instance, by comparing cells in diseased hearts to those in healthy hearts using the atlas, researchers might pinpoint differences and target new therapies for heart disease.

Though the researchers studied a relatively small group of hearts ("fourteen people cannot replicate the world's population," Seidman says), the new atlas revealed some biological surprises. The team found previously unknown cell diversity in various parts of the heart. They also uncovered differences between the healthy hearts of males and females; females had a greater proportion of heart muscle cells, called cardiomyocytes, than males. That warrants more research, Seidman says, as those cells might hold clues to differences in heart disease between the sexes.

Still, "what we see is striking heterogeneity—in terms of the diverse cell types that we now know make up the tissue of the human heart, and in terms of the regional differences within the heart," says cardiologist Hugh Watkins of Oxford University in England, who was not part of the study team. "It's certainly a much more complicated organ than many might have imagined!"

The atlas is part of the Human Cell Atlas initiative, an effort funded by the Chan Zuckerberg Initiative to map all the cell types in the human body. "It takes a big village to do this," Seidman says. Her group worked with an international team of experts on everything from heart surgery to computational biology in order to create the database atlas. All of the data are available at http://www.heartcellatlas.org.

Next, Seidman and her colleagues hope to expand the atlas to a more diverse population (the initial hearts were all from white donors). They are also beginning to compare the proteins made in healthy heart cells to those affected by heart disease.

"In due course, what we really want to know is how the different cell types fit together at the microscopic and functional level," Watkins says. "That's another ambitious goal, but the atlas provided here is an exciting start."

NIH Initiative to Investigate and Establish Function of Every Human Gene

NIH Initiative to Investigate and Establish Function of Every Human Gene