AlphaMed Press is a premier independent publisher with three internationally peer-reviewed journals dedicated to advancing knowledge and education in their focused disciplines: The Oncologist; STEM CELLS, and STEM CELLS Translational...

Durham, NC — A new platform reported on today (July 23) in STEM CELLS Translational Medicine (SCTM) will enable long-term tracking of cardiomyocytes produced from induced pluripotent stem cells (iPSCs) after implantation into the heart. This non-invasive strategy, created by the use of modern gene editing to insert a gene called sodium/iodide symporter (NIS), features superior safety and allows long-term non-invasive cell tracking, plus offers the potential for a broad variety of applications in the preclinical and clinical development of cardiac and other cell therapies, its creators say.

The use of iPSCs, which can be generated directly from adult cells, to treat cardiac disease and other conditions is a much-debated topic in the medical world today. Some research shows they have promise in producing cardiomyocytes (the heart's muscle cells) to allow regeneration of tissue damaged by a heart attack; other studies contradict those results. Being able to follow cells long-term to determine where they go and what happens after implantation could go a long way in settling the issue.

However, current methods used to track iPSCs within the body (in vivo) have several limitations, particularly when it comes to immune-competent large animals (animals with immune systems able to respond adequately to stimulus by a toxin or foreign substance). Optical scanning of xenogeneic fluorescent proteins—a typical method for in vivo cell tracking in immune-deficient organisms—is not applicable in these cases, for fear the foreign tracking proteins could trigger rejection via the body's immune system and an inability to non-invasively detect fluorescence in internal organs of larger animals. But the new tracking strategy reported on in SCTM promises to overcome these limitations.

The platform was developed by a multi-institutional team led by Cynthia Dunbar, MD, and So Gun Hong, DVM, PhD, of the National Heart, Lung, and Blood Institute (NHLBI), part of the National Institutes of Health.

"Better imaging techniques are crucial for improved cardiac therapies," Hong said. "In this study, we wanted to demonstrate a molecular imaging technique for non-invasive, long-term visualization of what happens after the NIS expressing heart cells are transplanted into cardiac muscle damaged by a heart attack. We also wanted to see if this technique would permit detection of teratomas—which are tumors."

They chose the NIS gene as it is endogenous (normally produced within the body) and therefore does not trigger an immune response. Typically, it is produced only in a limited number of tissues, most notably the thyroid gland, where it functions to import iodide. Clinical thyroid scans take advantage of the NIS protein also being able to import radioactive and other tracer molecules that can be detected by standard clinical imaging methods such as PET scans. 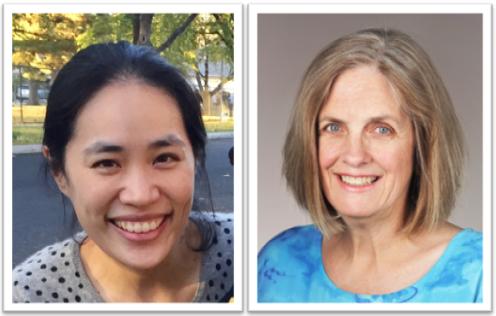 Using CRISPR/Cas9 editing, Hong and coworkers incorporated a rhesus NIS gene into a "safe harbor" location in the genome of rhesus macaque iPSCs. These edited cells (NIS-RhiPSC-CMs) were then injected into the hind legs of one group of mice, to follow for teratomas, and into the hearts of another group of mice immediately following an induced heart attack. The transplanted NIS-RhiPSC-CMs in all animals were then monitored through PET and CT scans.

"The NIS-labeled heart cells looked and functioned similar to heart cells produced from iPSCs without the label. Following transplantation into the damaged heart tissue, the engrafted cells could be visualized until the study's conclusion at 10 weeks post-injection," Dunbar said. "This leads us to conclude that this new molecular imaging platform is primed for use in preclinical models and clinical trials and may bring us closer to the long-awaited era of gene therapy for heart disease and other diseases."

"This is an interesting study on the development of a new NIS-based platform using CRISPR/Cas9 gene editing to track the fate of cells after implantation to determine where they go and what happens to them," said Anthony Atala, MD, editor-in-chief of STEM CELLS Translational Medicine and director of the Wake Forest Institute for Regenerative Medicine. "This approach offers wider applications in both the preclinical and clinical development of cardiac cell therapies."

In addition to funding from the NHLBI, this study was also funded by the National Cancer Institute, also part of the NIH.

A Bioengineered Factory for T-Cells

A Bioengineered Factory for T-Cells