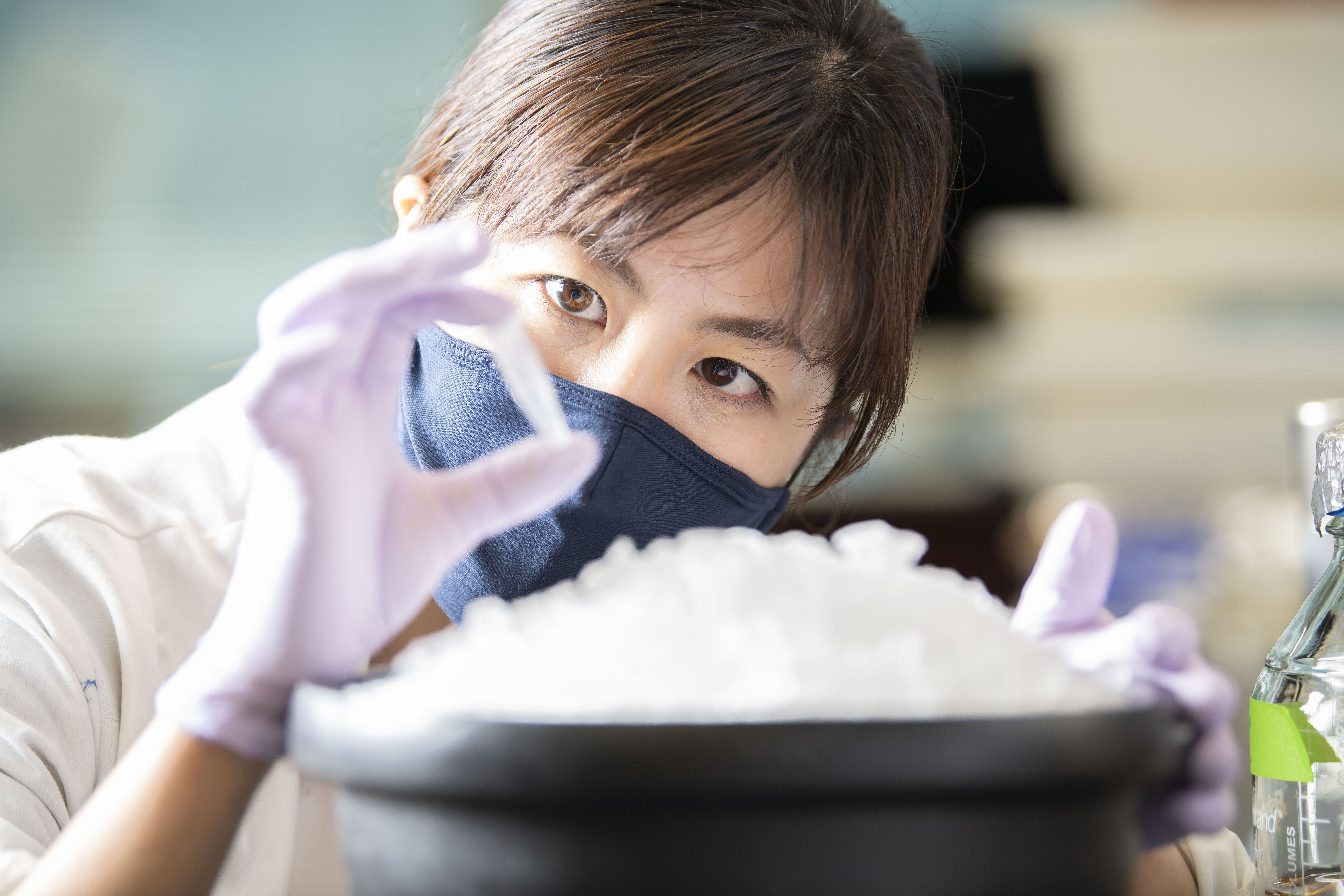 Shio Kobayashi, PhD, is a research specialist in the Kuhns lab and first author on the paper that was published in the Proceedings of the National Academy of Sciences.
University of Arizona Health Sciences, Noelle Haro-Gomez

A new study has found that a novel T cell genetically engineered by University of Arizona Health Sciences researchers is able to target and attack pathogenic T cells that cause Type 1 diabetes, which could lead to new immunotherapy treatments.

The immune system fights bacteria, viruses, and other pathogens by utilizing several types of T cells, all of which have receptors that are specific to particular antigens. On killer T cells, the receptor works in concert with three signaling modules and a coreceptor to destroy the infected cell. Michael Kuhns, PhD, an associate professor in the University of Arizona College of Medicine – Tucson Department of Immunobiology, copied the evolutionary design to engineer a five-module chimeric antigen receptor, or 5MCAR, T cell.

"The 5MCAR was an attempt to figure out if we could build something by biomimicry, using some of evolution's natural pieces, and redirect T cells to do what we want them to do. We engineered a 5MCAR that would direct killer T cells to target autoimmune T cells that mediate Type 1 diabetes," said Kuhns, who is member of the University of Arizona Cancer Center, BIO5 Institute, and Arizona Center on Aging. "So now, a killer T cell will actually recognize another T cell. We flipped T cell-mediated immunity on its head."

Kuhns worked with Thomas Serwold, PhD, of the Harvard Medical School-affiliated Joslin Diabetes Center, to test the 5MCAR T cells in a non-obese diabetic mouse model with promising results. The findings recently were published in the Proceedings of the National Academy of Sciences.

"When we saw that the 5MCAR T cells completely eliminated the harmful T cells that invaded the pancreas, we were blown away," Serwold said. "It was like they hunted them down. That ability is why we think that 5MCAR T cells have tremendous potential for treating diseases like Type 1 diabetes."

In 2017, the U.S. Food and Drug Administration approved two chimeric antigen receptor (CAR) T cell therapies for specific types of cancer—one for the treatment of children with acute lymphoblastic leukemia and the other for adults with advanced lymphomas. Those CAR T cells focused solely on the receptor, not the surrounding signaling modules or coreceptor.

Kuhns believes that by mimicking the form and function of a natural T cell, including its complex five-module structure, researchers will be able to more specifically target antigens with greater sensitivity in the future. This type of personalized immunotherapy is a key initiative of the University of Arizona Health Sciences, as well as a focus of Kuhns's lab. 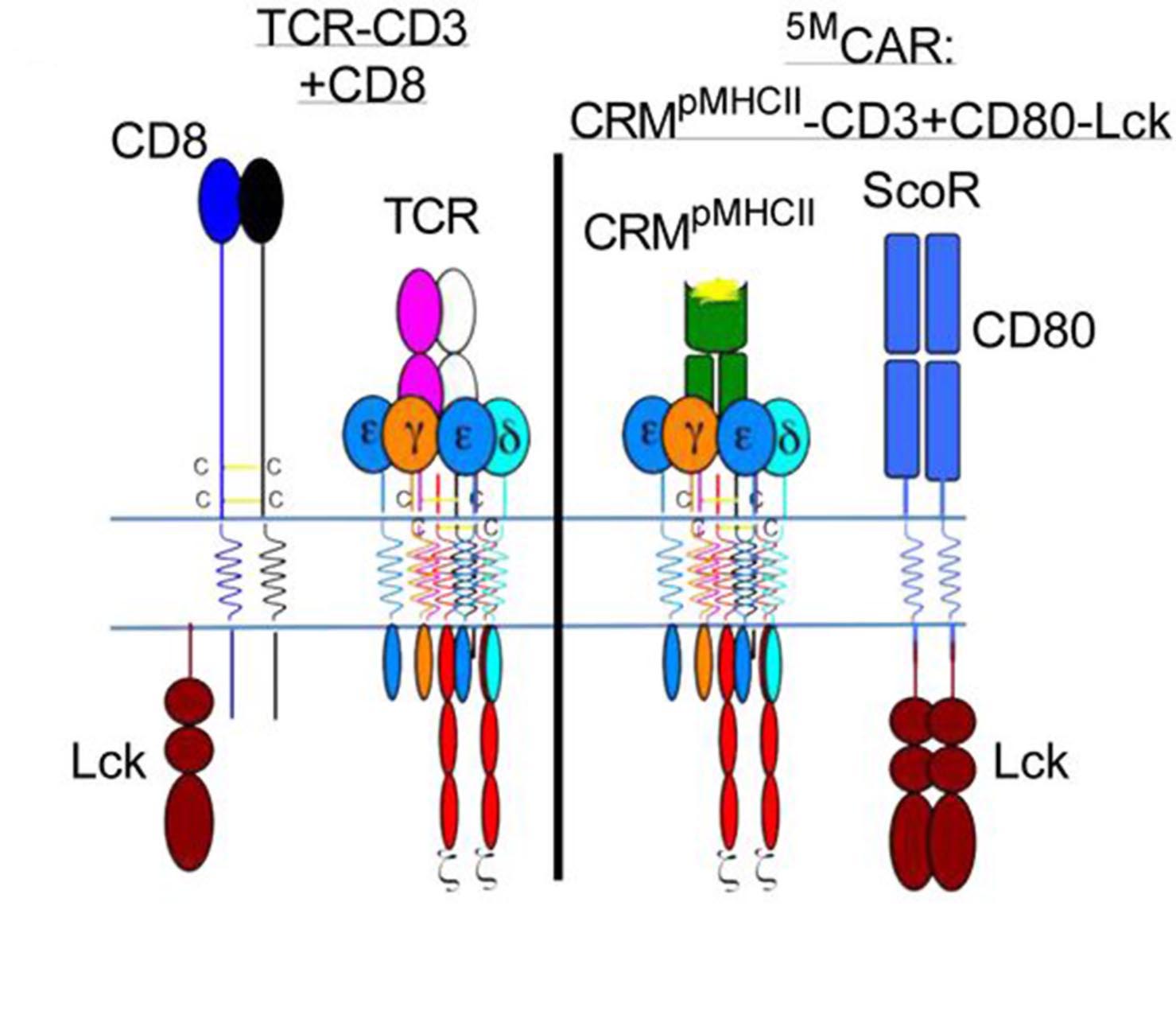 "I'm generally of the belief that evolution converges on related principles to execute related tasks," Kuhns said. "Basic research from labs around the world, including ours, has helped us to understand the complex structure and function of the five-module molecular machines that have evolved to drive T cell responses. We think these results show that a biomimetic approach holds promise for CAR engineering."

Kuhns and Serwold recently received a bridge grant from the National Institute of Allergy and Infectious Diseases to continue their research into using 5MCAR T cells to prevent autoimmune disease.

"There are many things we don't yet know about this technology," Kuhns said. "What we know is that it works, and it can be very effective in a mouse model of Type 1 diabetes, so that's great. Now, we have a lot more work to do."