Michelle Dotzert is the creative services manager for our partner brand, Lab Manager. She holds a PhD in kinesiology (specializing in exercise biochemistry) from the University of Western Ontario....

The Clustered Regularly Interspaced Short Palindromic Repeats/CRISPR-associated protein systems are bacterial and archaeal adaptive immunity systems, capable of protecting cells from invading nucleic acids. Of these, the CRISPR/Cas9 system is used for genome editing, as the Cas9 protein targets and binds specific DNA sequences. There are three types of CRISPR systems, each consisting of CRISPR-associated genes, noncoding RNAs, and an array of repetitive elements interspaced with protospacers (CRISPR RNA [crRNA]). Each protospacer within the DNA target is associated with a protospacer adjacent motif (PAM). The Type II CRISPR system, CRISPR/Cas9, consists of the Cas9 nuclease, a crRNA array encoding guide RNAs, and an auxiliary trans-activating crRNA (tracrRNA). Fusing the crRNA and tracrRNA creates a single-guide RNA (sgRNA), capable of directing Cas9 toward a target within the vicinity of the PAM sequence.

When the guide sequence pairs with the DNA target, Cas9 mediates a double-stranded break upstream of the PAM. This initiates DNA repair via non-homologous end joining (NHEJ) or homology-directed (HDR) repair pathways. Without a repair template, the NHEJ process creates insertion/deletion mutations, and can be used to knock out specific genes. Alternatively, with the introduction of an exogenous repair template, the HDR pathway can be used to create modifications at a specific target locus. 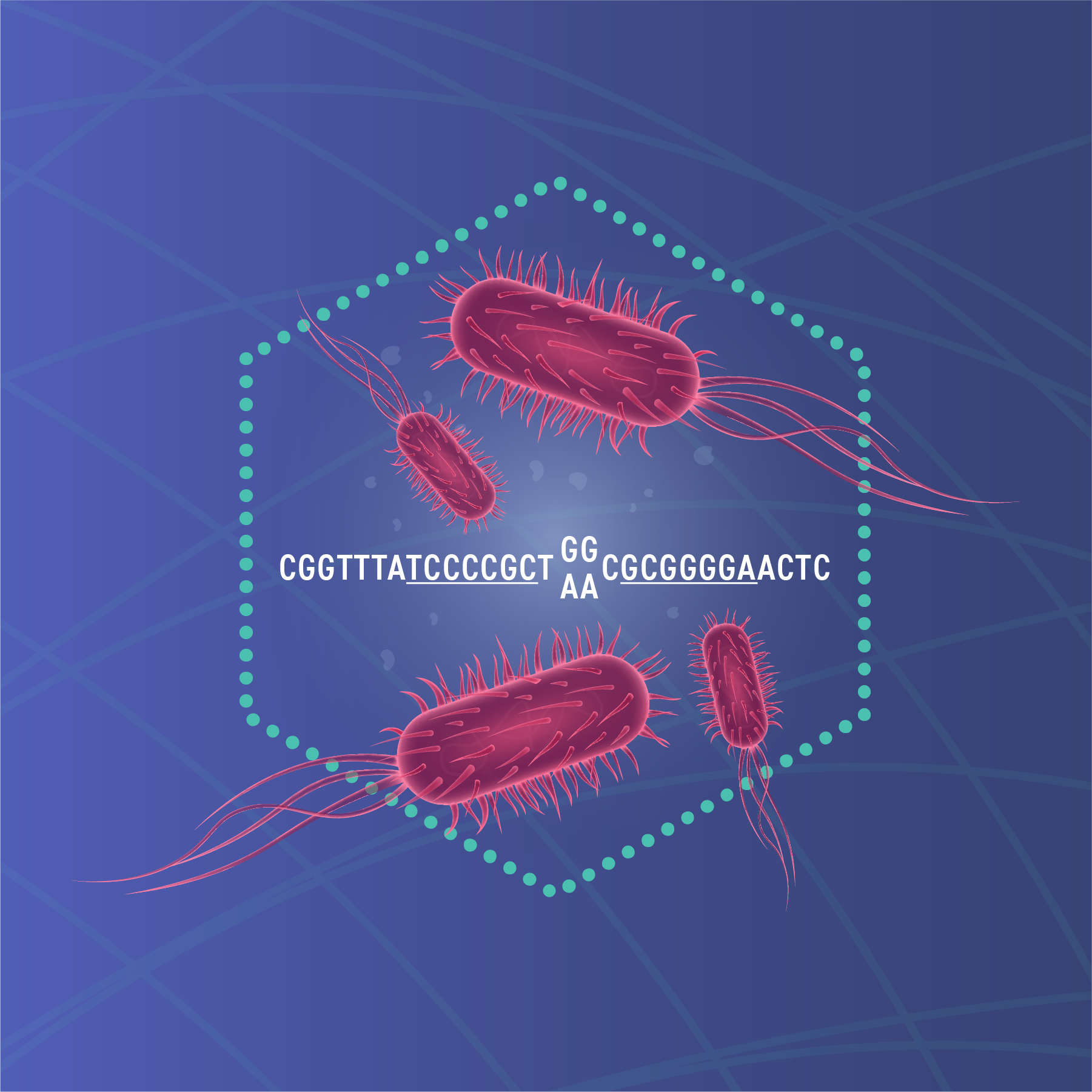 In the process of analyzing the E. coli genome for genes associated with phosphate metabolism, researchers made an unexpected discovery. They found five homologous sequences of 29 nucleotides arranged in direct repeats with 32 nucleotides as spacing in the 3’- end flanking region of the iap gene. This repetitive sequence was later defined as CRISPR. 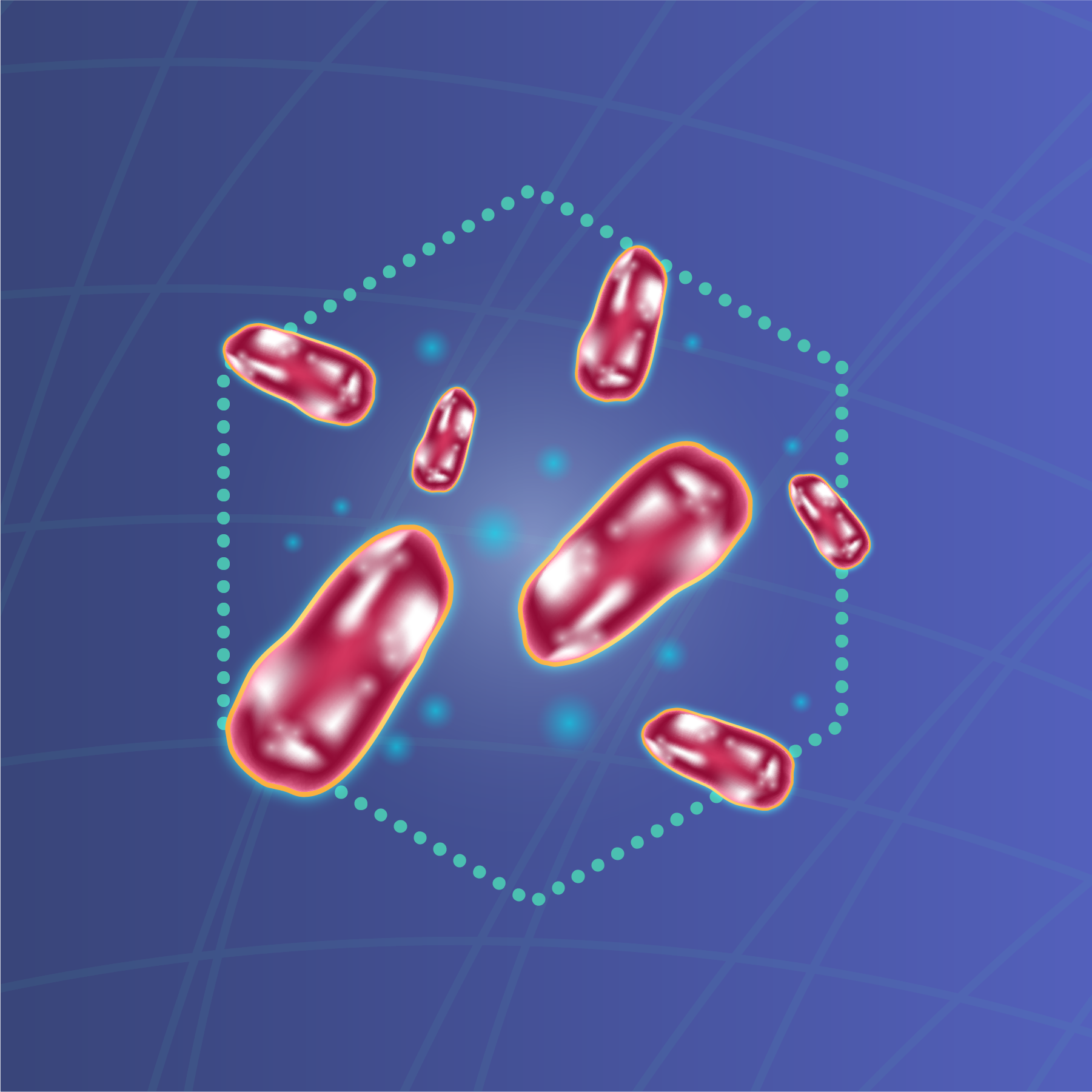 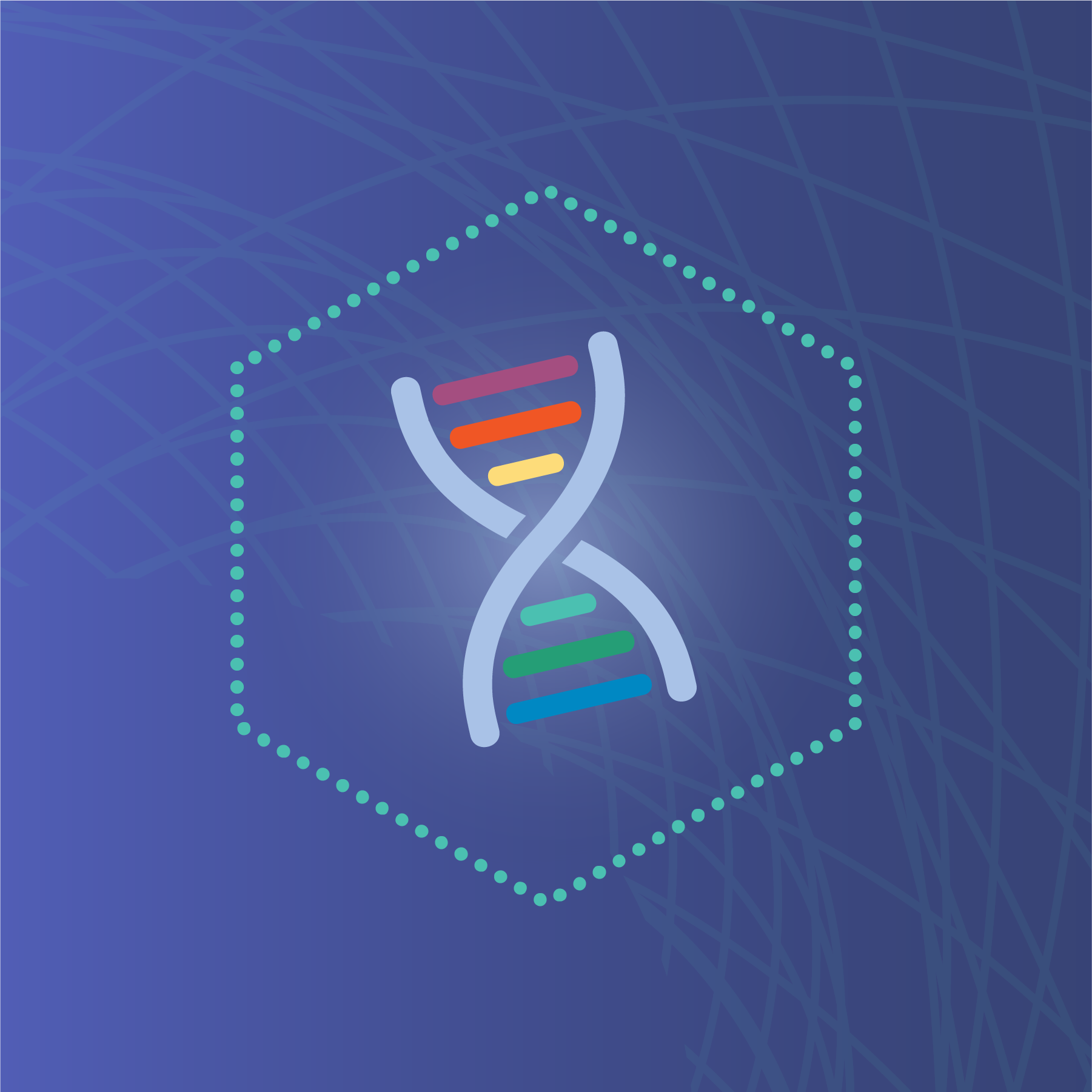 Using in silico analysis, four CRISPR-associated (Cas) genes were identified in CRISPR-containing prokaryotes, each located adjacent to a CRISPR locus. These genes were absent in CRISPR-negative prokaryotes. 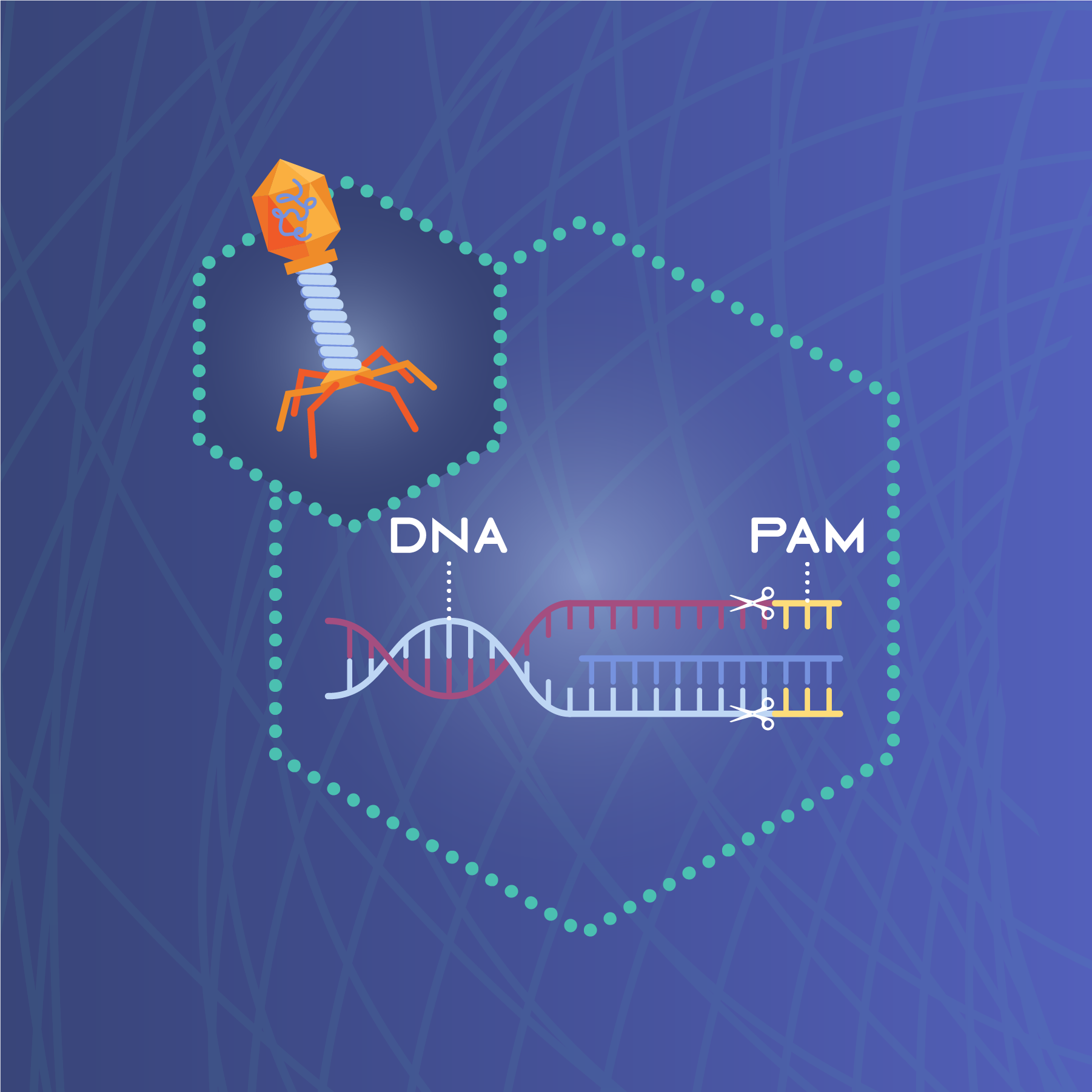 At the same time, a motif necessary for CRISPR to function as an immune system was first discovered in Streptococcus strains. Later, other motifs were defined for organisms with different CRISPR systems. These short sequence motifs adjoining protospacers were later termed PAM (protospacer adjacent motif). 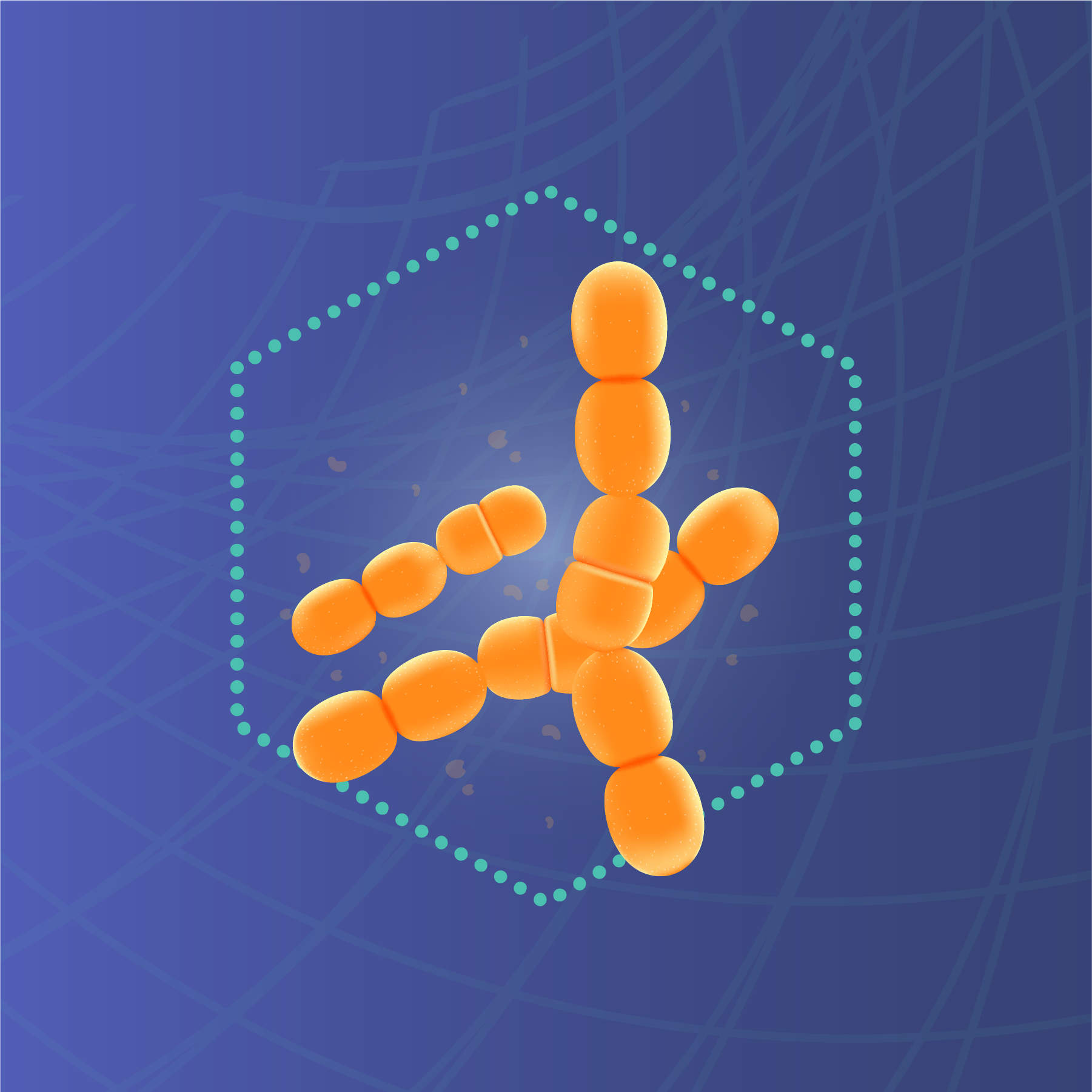 The CRISPR/Cas system is demonstrated to function as an immune system in an experiment with a phage-host model system. A phagesensitive wild-type S. thermophilus strain and two virulent bacteriophages were selected, and several phageresistant mutants were generated by challenging the wild-type strain with the phages. Novel spacers derived from phage DNA were integrated into the CRISPR1 locus, conveying resistance to the corresponding phage. When the protospacer sequences were removed, resistance disappeared. 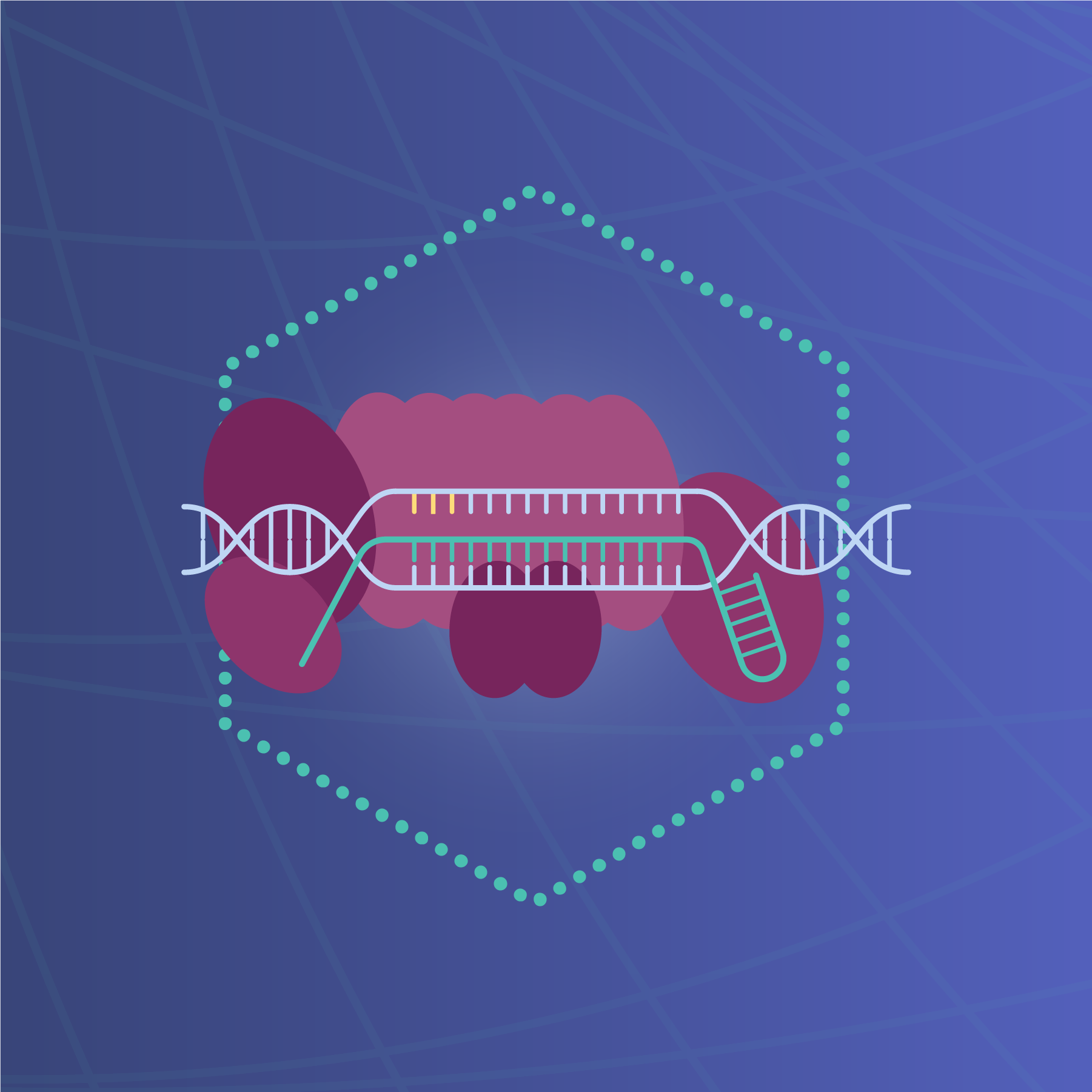 The molecular mechanisms underlying the CRISPR-based defense system had yet to be determined. Using Cas protein tagging and affinity purification, a protein complex of five Cas proteins (CasA, CasB, CasC, CasD, and CasE) was identified. The complex, Cascade (CRISPR-associated complex for antiviral defense) was isolated from E. coli lysates. The CRISPR RNA endonuclease subunit of Cascade forms mature guide RNAs that are essential for antiviral defense. 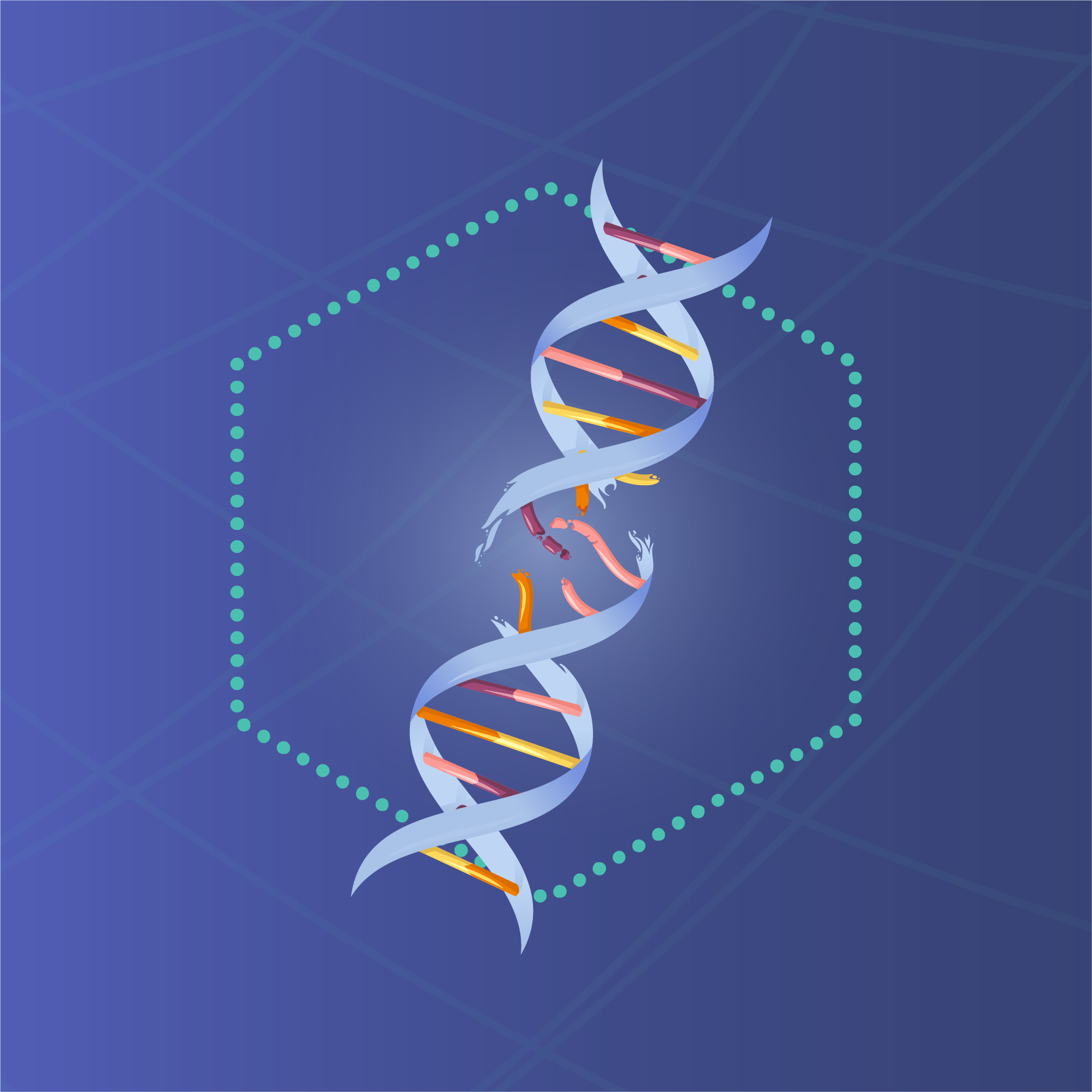 In vitro studies demonstrated that the Cas9-crRNA complex functions as an RNA-guided endonuclease, with Cas9 causing DNA cleavage, and that crRNA base-paired to tracrRNA also directs Cas9 to introduce double-stranded breaks. 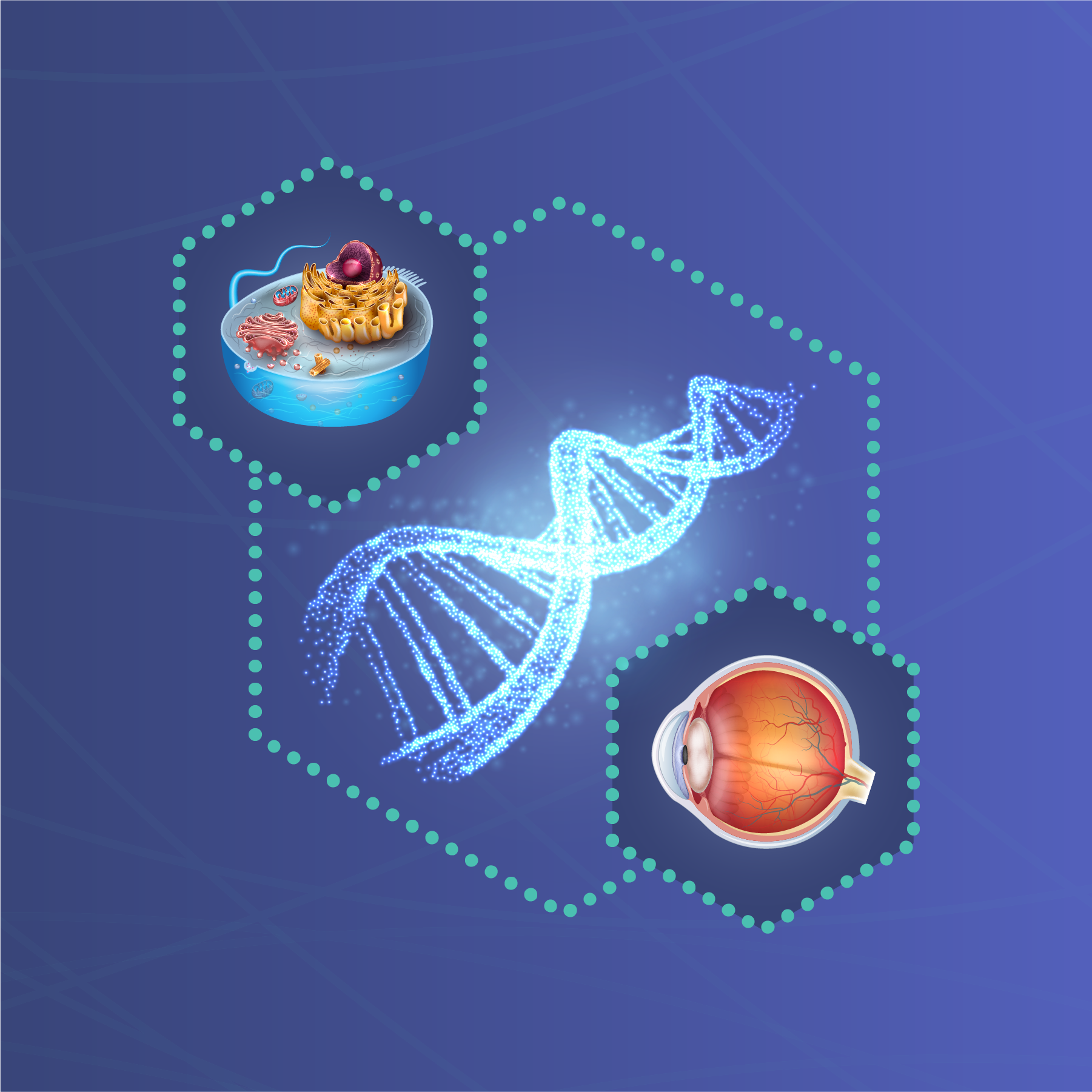 The ability to edit the genome of eukaryotic cells using CRISPR/Cas9 was demonstrated with targeted genome cleavage in human and mouse cells.

Scientists were able to rescue mice with a dominant mutation in the Crygc gene that causes cataracts, by injecting Cas9 mRNA and sgRNA into zygotes. 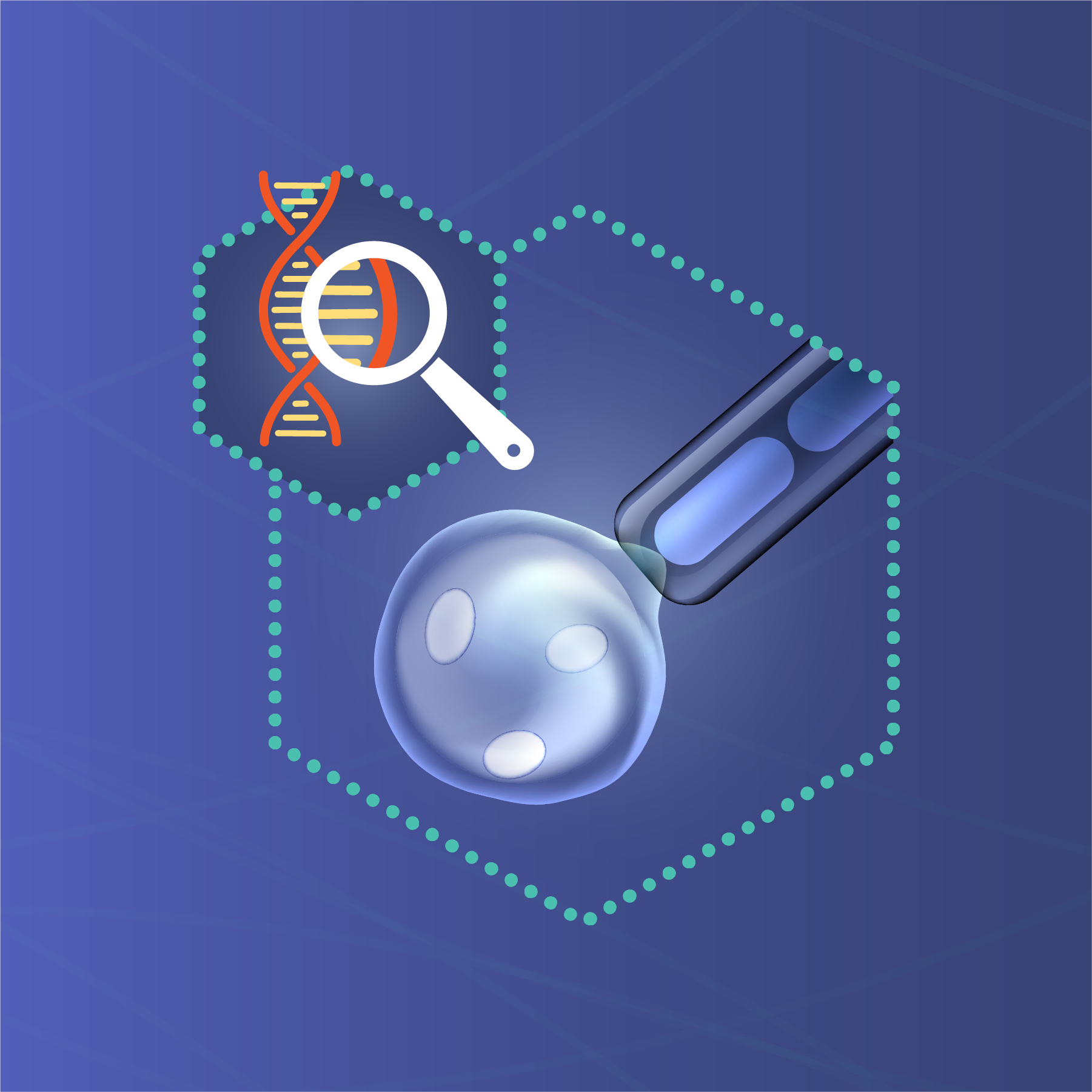 Cas9/sgRNA screens were established as a tool for systematic genetic analysis in mammalian cells. The CRISPR/Cas9 system has several potential benefits over existing functional screening methods, including the ability to study phenotypes that require a complete loss of function gene to be elicited, a low rate of false negatives in largescale screens, and the lack of effect of off-target effects on screens.

The genome engineering capabilities of CRISPR/Cas9 were demonstrated in primates, with successful targeting of several genes in monkey embryos by co-injection of Cas9 mRNA and sgRNAs. The CRISPR/Cas9 system enabled disruption of Ppar-γ and Rag1 genes with no off-target mutagenesis. 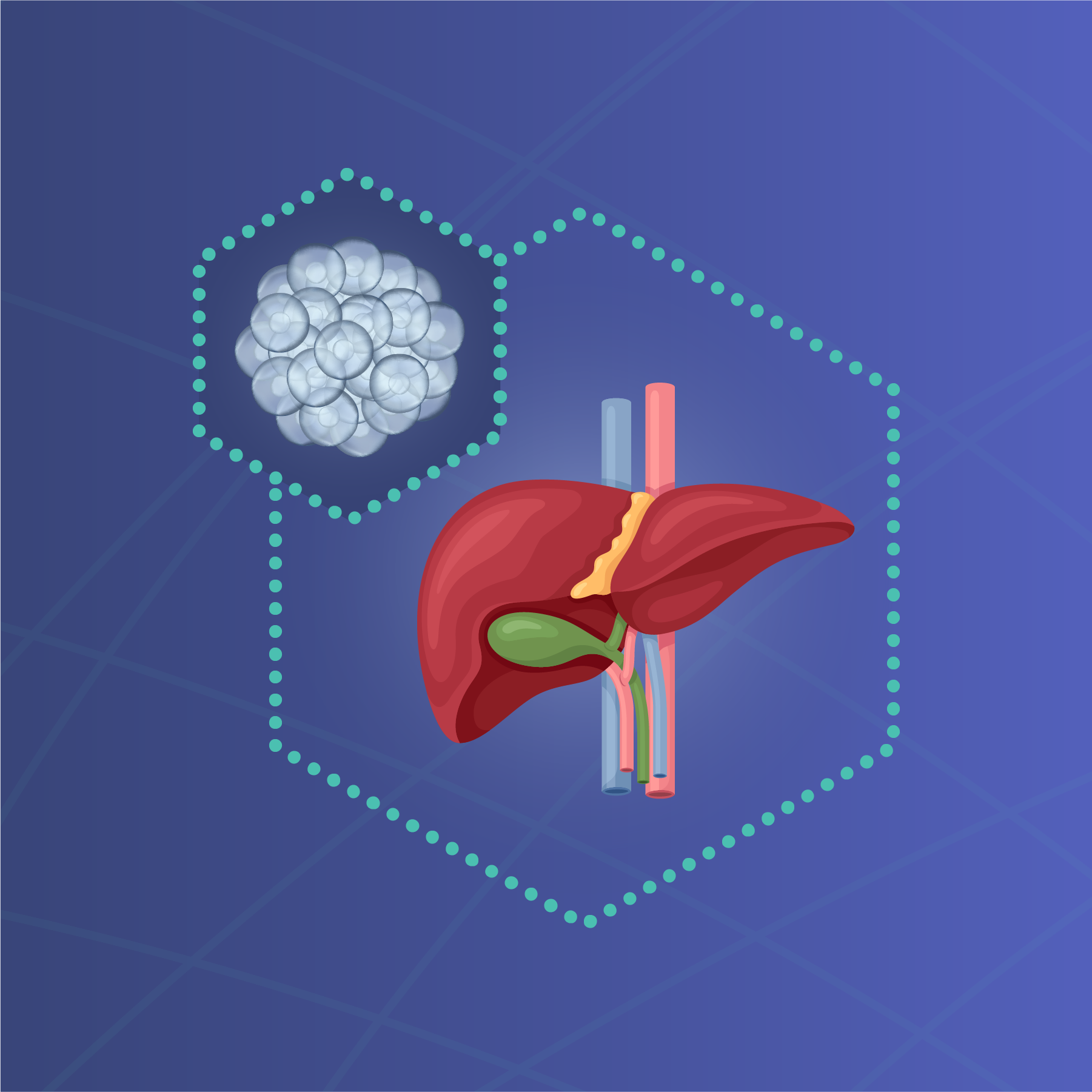 The first study demonstrating gene editing of human embryos was published. Scientists used CRISPR/Cas9 to cleave the endogenous β-globin gene in tripronuclear zygotes. Despite effectively cleaving the gene, HDR was low, off-target cleavage was observed, and the endogenous delta-globin gene (homologous to the β-globin gene) competed with exogenous oligos as the repair template which led to mutations. 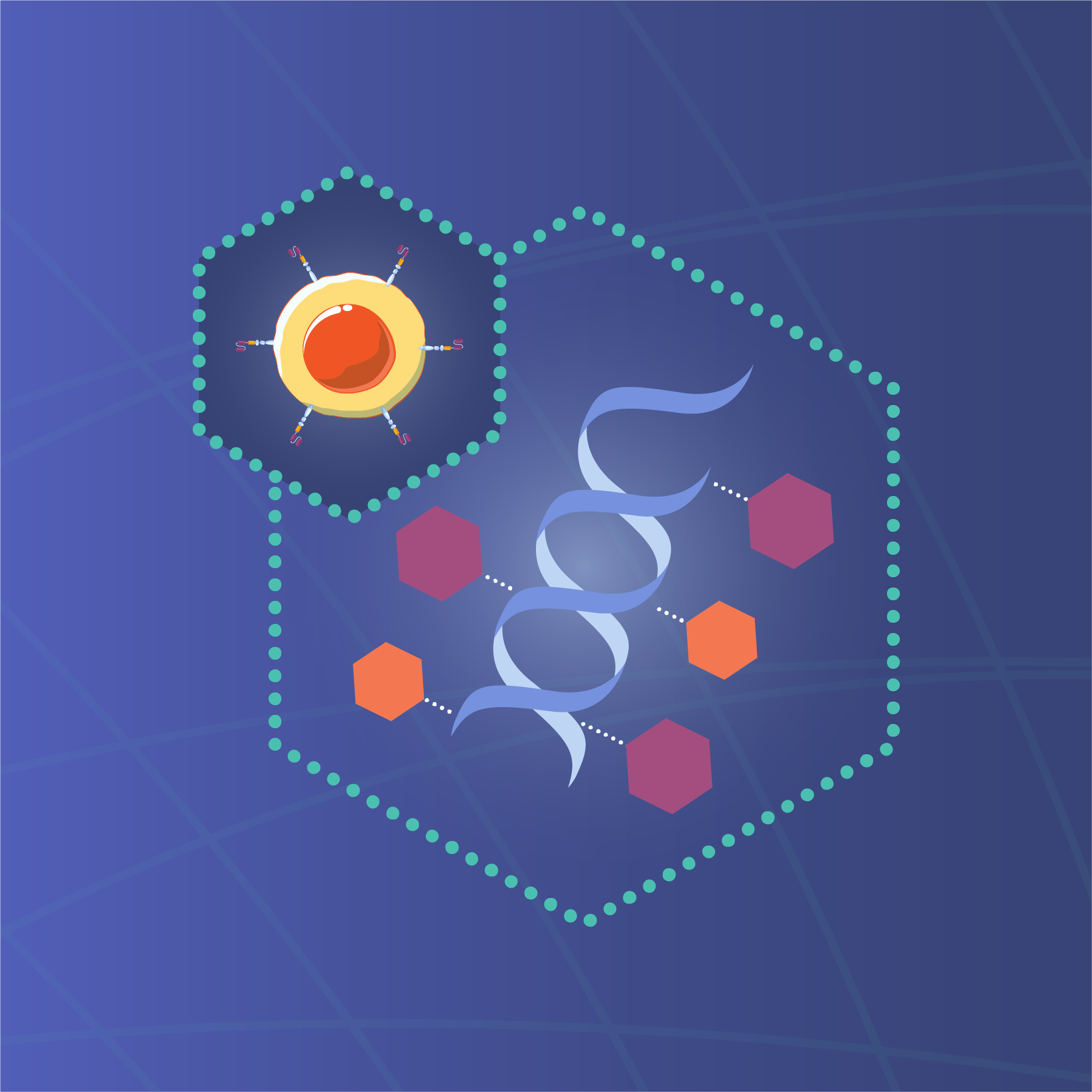 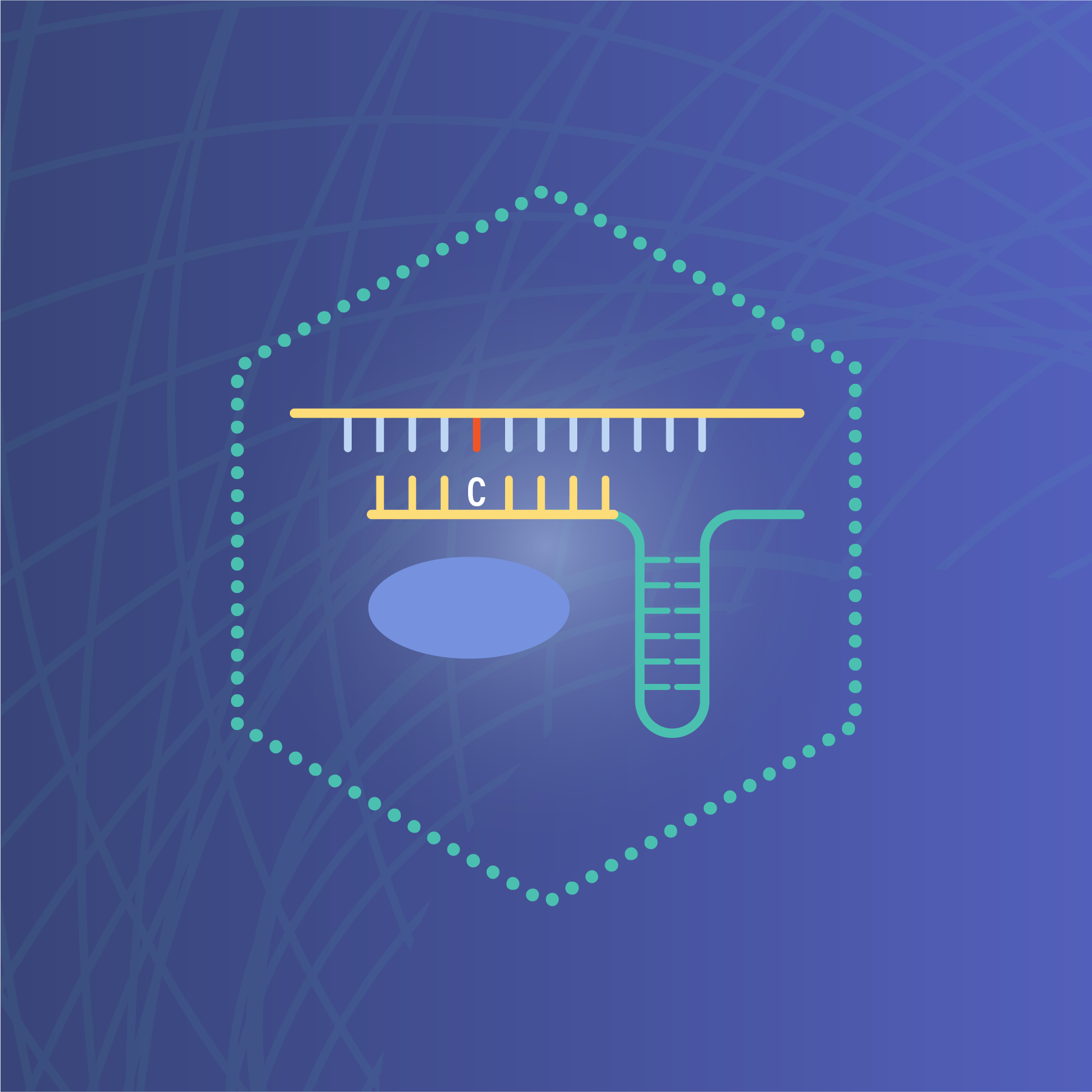 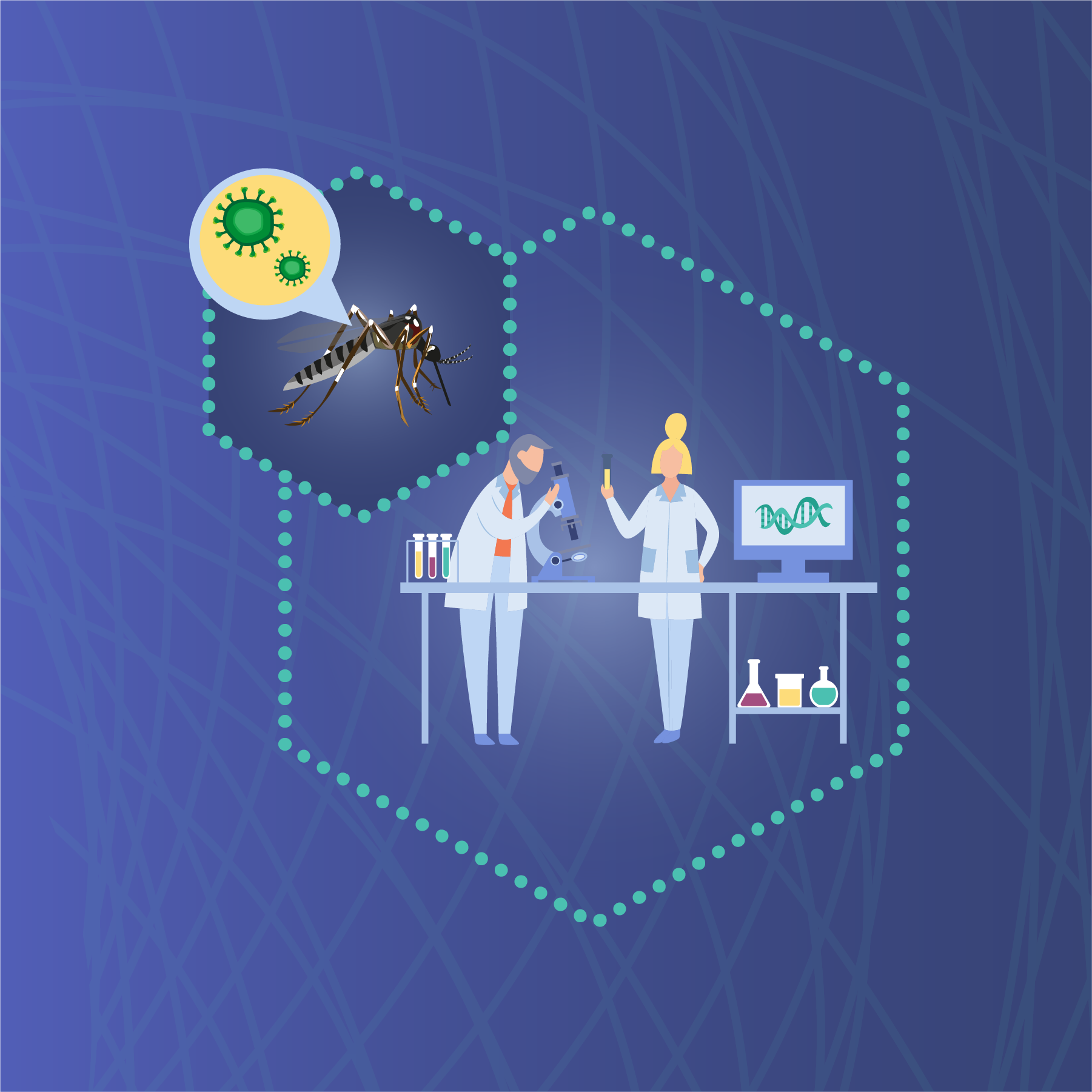 Scientists developed a viral diagnostic platform using Cas13. SHERLOCK (Specific High-sensitivity Enzymatic Reporter un-LOCKing) amplifies RNA, and combines amplified nucleotides with Cas13a, a guide RNA, and a nucleotide sequence coupled to a fluorescent reporter and quencher. If the target sequence is present, Cas13a will cleave the RNA reporter and activate the fluorophore. SHERLOCK has been shown to detect Zika virus and dengue virus in patient samples. 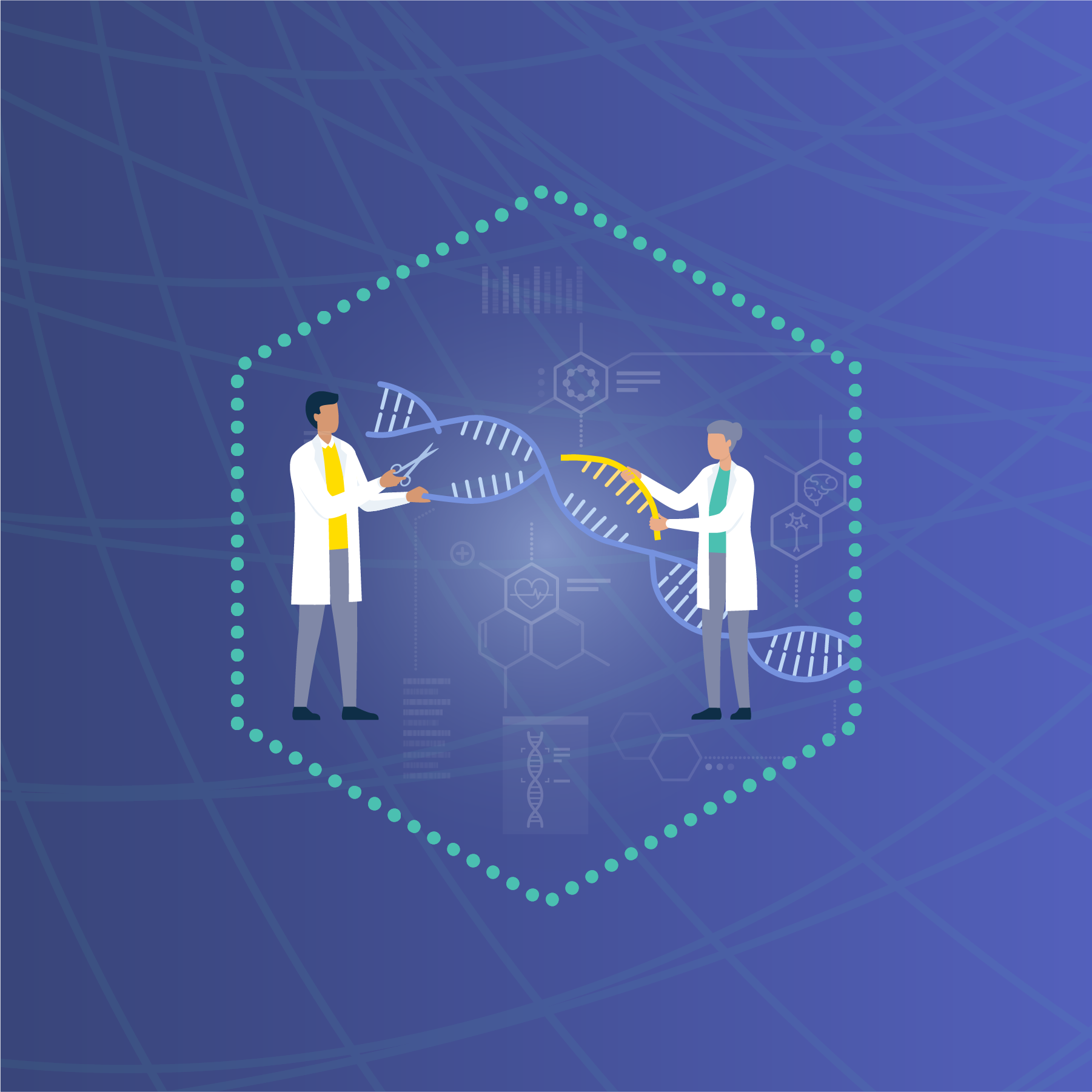 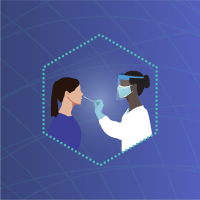 In early 2020, an outbreak of a novel respiratory virus, SARS-CoV-2 (severe acute respiratory syndrome coronavirus 2) rapidly evolved into a global pandemic. One of the greatest challenges was to develop a rapid, accurate testing method that could be used to identify infectious individuals and reduce disease transmission. A CRISPR-Cas13a-based assay was developed for the detection and quantification of SARS-CoV-2 RNA. Unlike other assays, this approach enables direct detection of RNA without any additional manipulations such as amplification. A single guide RNA is used to detect viral RNA, and a fluorescent signal may be measured with a mobile phone camera. As such, it is a potentially fast, accurate, and portable option for SARS-CoV-2 screening.

Discovery and Development of the CRISPR/Cas System

Discovery and Development of the CRISPR/Cas System

CRISPR: The Future of Molecular Diagnostics?

CRISPR: The Future of Molecular Diagnostics?

Improving Infectious Disease Surveillance in the US

Improving Infectious Disease Surveillance in the US

Will Thermocyclers Soon Be Obsolete?

Will Thermocyclers Soon Be Obsolete?