What exactly happens when the corona virus SARS-CoV-2 infects a cell? In an article published in Nature, a team from the Technical University of Munich (TUM) and the Max Planck Institute of Biochemistry paints a comprehensive picture of the viral infection process. For the first time, the interaction between the coronavirus and a cell is documented at five distinct proteomics levels during viral infection. This knowledge will help to gain a better understanding of the virus and find potential starting points for therapies. 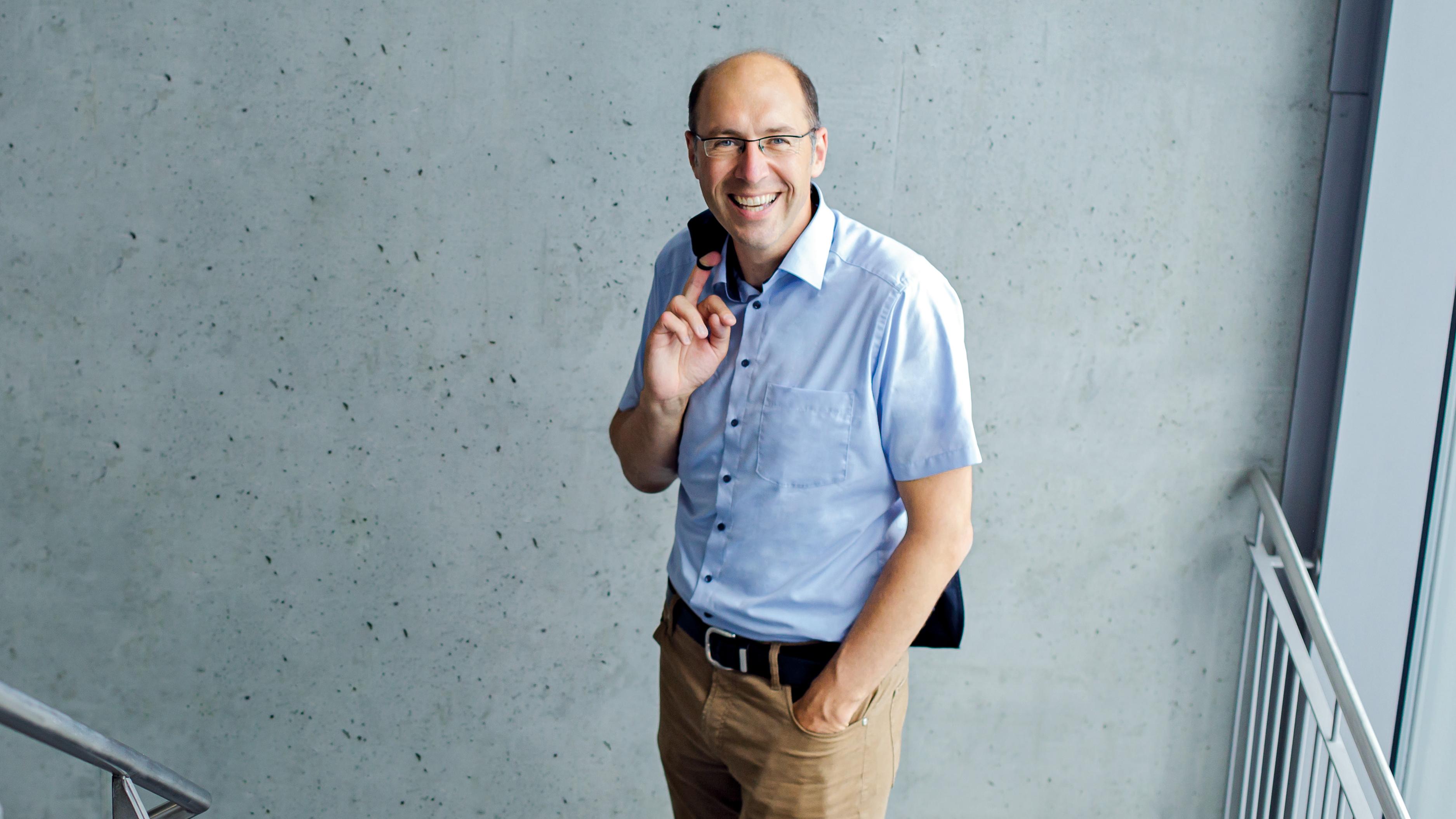 When a virus enters a cell, viral and cellular protein molecules begin to interact. Both the replication of the virus and the reaction of the cells are the result of complex protein signaling cascades. A team led by Andreas Pichlmair, professor of immunopathology of viral infections at the Institute of Virology at TUM, and Matthias Mann, head of the Department of Proteomics and Signal Transduction at the Max Planck Institute of Biochemistry, has systematically recorded how human lung cells react to individual proteins of the COVID-19 pathogen, SARS-CoV-2, and the SARS coronavirus, which caused the 2002–2004 SARS outbreak.

To this end, more than 1,200 samples were analyzed using the state-of-the-art mass spectrometry techniques and advanced bioinformatic methods. The result is a freely accessible dataset that provides information on which cellular proteins the viral proteins bind to and the effects of these interactions on the cell. In total, 1,484 interactions between viral proteins and human cellular proteins were discovered. "Had we only looked at proteins, however, we would have missed out on important information," says Andreas Pichlmair. "A database that only includes the proteome would be like a map containing just the place names but no roads or rivers. If you knew about the connections between the points on that map, you could gain much more useful information."

According to Pichlmair, important counterparts to the network of traffic routes on a map are protein modifications called phosphorylation and ubiquitination. Both are processes in which other molecules are attached to proteins, thereby altering their functions. In a listing of proteins, these changes are not measured, so that there is no way of knowing whether proteins are active or inactive, for example. "Through our investigations, we systematically assign functions to the individual components of the pathogen, in addition to the cellular molecules that are switched off by the virus," explains Pichlmair. "There has been no comparable mapping for SARS-CoV-2 so far," adds Matthias Mann. "In a sense, we have taken a close look at five dimensions of the virus during an infection: its own active proteins and its effects on the host proteome, ubiquitinome, phosphoproteome, and transcriptome."

Insights into how the virus works

Among other things, the database can also serve as a tool to find new drugs. By analyzing protein interactions and modifications, vulnerability hotspots of SARS-CoV-2 can be identified. These proteins bind to particularly important partners in cells and could serve as potential starting points for therapies. For example, the scientists concluded that certain compounds would inhibit the growth of SARS-CoV-2. Among them were some whose antiviral function is known, but also some compounds which have not yet been studied for efficacy against SARS-CoV-2. Further studies are needed to determine whether they show efficacy in clinical use against COVID-19.

"Currently, we are working on new anti-COVID-19 drug candidates, that we have been able to identify through our analyses," says Andreas Pichlmair. "We are also developing a scoring system for automated identification of hotspots. I am convinced that detailed data sets and advanced analysis methods will enable us to develop effective drugs in a more targeted manner in the future and limit side effects in advance."